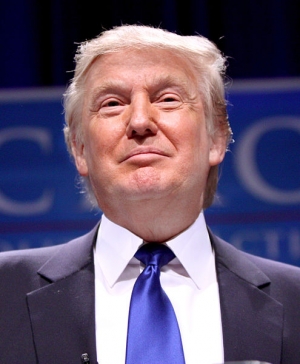 February 23, 2016 (San Diego’s East County) -- There has been a great increase in the number of hate groups and extremists across the U.S. in 2015, according to Southern Poverty Law Center (SPLC). The social justice activist group published its findings in the Intelligence Report for the Spring 2016 issue, with a photo of Donald Trump, whose rhetoric may be fueling a rise in hate speech and extremism.

An interactive map shows the names, types, and locations of the hate organizations. Many of these hate groups, including neo-Nazi, neo-Confederates, white nationalists, the Klu Klux Klan, black separatist and racist skinheads demean either Muslims, blacks, Latinos, LGBTQIA folk, or other marginalized communities. Some are overtly violent, while other hate groups are bi-products of violent hatred expressed toward particular people of color.

The list includes some groups or individuals involved in terrorist acts, notably the Charleston, South Carolina shooting of nine church members in June and the suicide bombers killing 130 people in the Paris, France attacks in November.

Republican presidential candidate Donald Trump has made racist remarks, such as falsely claiming a quarter of American Muslims support violent jihadists, calling for deportation of all Muslims and referring to Mexican immigrants as rapists and drug dealers.

The SPLC report has drawn some criticism.

Jesse Walker, writer on the blog Hit and Run, argues that data reported by SPLC on hate and extremism has some flaws. First, he notes that break-up of some extremist organizations into splinter groups could mean weakening, not strengthening of their movements.  Second some non-violent groups that may preach hate can also be sources to law enforcement, in some cases turning in would-be terrorists.

Nevertheless Mark Potok, senior fellow at the SPLC and editor of the Intelligence Report, stated that "while the number of extremist groups grew in 2015 after several years of declines, the real story was the deadly violence committed by extremists in city after city...2015 was clearly a year of deadly action for extremists."

You can view the map here.