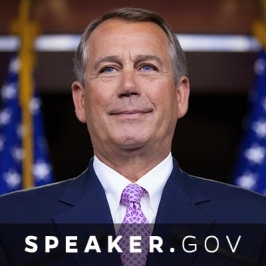 Weary of attacks from the conservative wing of the Republican Party pushing for a shutdown of the government and actions that are politically unattainable with a Democratic President and enough Democrats in the Senate to block bills with a filibuster, Boehner stated, “It had become clear to me that this prolonged leadership turmoil would do irreparable harm to the institution.

Boehner made his announcement shortly after fulfilling his long-time wish to have Pope Francis address Congress, weeping openly as the Pope spoke to House members.

Later Boehner warned of “false prophets” in the party promising things they cannot deliver, an apparent reference to some Republican presidential candidates who have chastised Boehner for not pushing for a shutdown of the government.

Republicans had sought to strip all Planned Parenthood funding from the spending bill, but Democrats blocked that action. Federal funds for Planned Parenthood are used to fund women’s health screenings such as mammograms and PAP smears, as well as birth control and family planning. No federal funds are allocated for abortions, with rare exceptions mainly when a mother’s life is in danger.

Speaker Boehner’s resignation announcement came as a surprise to many, including President Barack Obama who praised Boehner for conducting himself with “civility and courtesy” even when they disagreed.

Republican Congressman Paul Ryan of Wisconsin called Boehner’s resignation “an act of pure selflessness.” Some Republicans favored Ryan to take the leadership role, but he has said he does not want the job, the New York Times reports.

House Minority Leader Nancy Pelosi (D-California) learned the news by reading a bulletin on a staffer’s phone. She called the action “a stark indication of the disarray of House Republicans” adding, “God knows what’s next over there.”