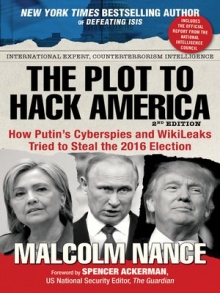 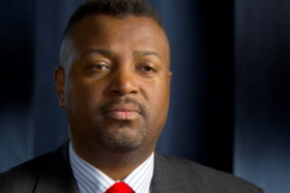 With a Foreword by Spencer Ackerman, U.S. National Security Editor, The Guardian, Nance’s book puts into perspective the grave and ongoing debate about what Russia is doing to our country, and the complicity of the Trump electoral campaign to help bring it about.

Nance makes a profound assessment and statement in The Plot to Hack America; The Russian ability to launch an attack with a “weapon of Mass Disruption” has yet to occur, but could come at a time of Russia’s choosing. Should the Kremlin game out that the time is right to politically and economically destabilize America and finally topple it from being the shining city on the capitalist hill under its own ignorance and faith in a parlor tricking, reality show con man, then a massive hack on election day is well within capability.

Perhaps Nance’s most profound statement in this intriguing book, and with a bit of foreboding, states: “Though we have yet to see an actual disruption that matters in the lives of the average American citizen, one can be sure that it will come at a time when, once recognized, the only alternative to the attack may be a real war.”

Mind you, Nance wrote this book before the appointment of Robert Mueller as Special Counsel to investigate Russian meddling in the 2016 election, and the indictment of Manafort and Gates by Mueller, along with NSA advisor Michael Flynn and George Papadopolous pleading guilty to lying to the FBI. Also, Nance actually wrote this book just before Donald Trump was elected over Hillary Clinton for President of the United States.

U.S. Intelligence concluded Moscow interfered in the 2016 presidential election, which has led to the current FBI investigation into possible Trump campaign connections. Russia denies the allegations and President Donald Trump has called the FBI probe a witch hunt.

Ironically, just yesterday, February 16, 2018, Special Counsel Robert Mueller indicted 13 Russians of meddling in our elections. Also, just yesterday on MSNBC with Brian Williams, the author Nance said: “utterly amazing”, speculating that the U.S. had someone on the inside. Nance further stated just last night on MSNBC with Lawrence O’Brien; “He is not surprised about the indictment, and that Donald Trump has been on the Russians radar for some time, since 1977.” You can read Robert Mueller’s indictment here.

To a large extent The Plot to Hack America is like revisionist history, as we now find ourselves and the country swirling in a maelstrom of talk of impeachment and collusion with the Russians, along with obstruction of justice – after President Trump fired the FBI Director James Comey during the course of trying to get Comey to pledge an oath of “loyalty” to him, and asking him if he could find it within himself to go easy on Michael Flynn. 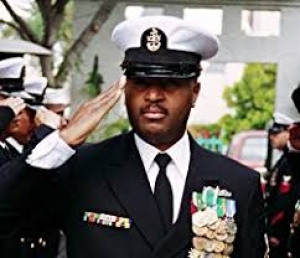 To put this book in perspective, Nance states: “The founders of the Soviet Union harnessed this rich history of the dark arts, and where necessary, applied them precisely and ruthlessly. The modern techniques of electronic intelligence collection, planting listening devices, and using computers to conduct break-ins, lives up to its centuries of spy pedigree. In fact Putin’s lifelong worldview stems from maintaining faith with a long tradition of Russia’s agencies dedicated to spying, assassination, and political influence. Now as leader of Russia, he is a master of applying espionage as a consumer of its fruits.”

Despite this background on Putin and Russia pointed out by Nance in The Plot to Hack America, it now seems that the Republican Party is complicit in a coverup of what all our intelligence agencies agree on; that Russia hacked our recent national elections, as House Intelligence Committee Chairman Devin Nunes, R-Tulare, produced a GOP memo attempting to exonerate President Trump and his campaign from collusion with Russia, while President Trump won’t let the Democratic memo countering the GOP memo be released.

All of this is suspicious, coming on the heels of the president’s son, Donald Trump, Jr., meeting with a group of Russians in Trump Tower, along with the president’s son-in-law Jared Kushner, allegedly to discuss “dirt” on Hillary Clinton and possibly relaxing sanctions against Russia. This certainly smacks of “collusion”.

National Intelligence Director Dan Coats, stated in a hearing recently: “This is pervasive, the Russians have a strategy that goes well beyond what is happening in the United States. While they have historically tried to do these types of things, clearly in 2016 they upped their game. They took advantage of social media. They are doing that not only in the United States but doing it throughout Europe and perhaps elsewhere.”

In that same hearing, three of the nation’s top intelligence officials said that the U.S. has seen activity aimed at meddling in the upcoming midterm elections. “We have seen Russian activity and intentions to have an impact on the next election cycle,” CIA Director Mike Pompeo told the Senate intelligence committee this past week. Perhaps we should pay closer attention to what the author has to say in his book; The Plot to Hack America. 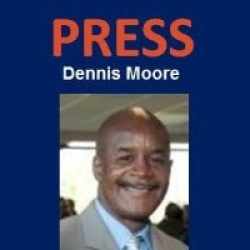 Based on what we average people know from news reports, and in some instances from first-hand accounts, hacking is a sinister, pervasive, and to those on its receiving end, terrifying practice. News reports of the magnitude of destruction hacking can wreak in the lives of its victims create a lurking terror in all of us. Nothing and no one is safe from the chaos it can create. Trying to contain, control, and neutralize it effects is like waging battle with shadows, and the trouble with trying to identify hackers is that they look just like everybody else. Thanks for this review, Dennis. It is a grim reminder of what we are up against.----KB Schaller, Author, 110+ Native American Women Who Changed the World.
Dennis, This review is timely considering the current political climate; and the ongoing investigation seems endless but I imagine the special prosecutor is taking his time. I read excerpts of this book before and your review has done it justice. I particularly like this quote: “Though we have yet to see an actual disruption that matters in the lives of the average American citizen, one can be sure that it will come at a time when, once recognized, the only alternative to the attack may be a real war.” I am hoping that there is no war, however, I am hopeful that more citizens, and members of both parties stand up and demand answers and action. I am of the opinion that everyone is afraid of speaking against this President because they don't want to be attacked in a tweet, demeaned or lose their jobs, and to that I say "so what, have a back bone" Submitted by Jacqueline Carr Author of "Quiet Thoughts" and "A Selected Few Just For You"

Thank you Jacqueline, this book and recent events with the firing of Andrew McCabe, only underscores the fact that America is under attack.

As time goes by, more indisputable evidence will emerge proving Donald Trump and his allies are the "crooked" ones - not Hillary Clinton. Fake news? I think not. Isn't it interesting when Trump perpetually hollers "FAKE NEWS!" unless it benefits him?