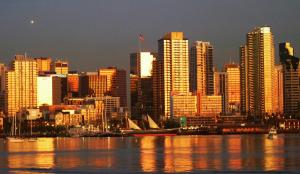 The special election is expected to cost taxpayers approximately $6 million—an amount that could increase sharply.  If no candidates wins a majority of votes, a run-off election would be held. So far at least 13 candidates have filed papers with the Registrar of Voters indicating an intent to run. Only one, former  Assemblyman Nathan Fletcher, is well known.  Fletcher resigned from the Republican party to become an independent and more recently, a Democrat.

Who else may throw their hats in the ring?

Other potential names being bandied about in local political circles include soon-to-be-Acting Mayor Todd Gloria, a Democrat, and Councilman Carl DeMaio, a Republican who faces allegations that he exposed himself while performing an act of self-gratification in a public restroom at City Hall.  DeMaio has denied those claims, made by Councilman Ben Hueso.

Additional possible candidates names being touted include former Assemblywoman Lori Saldana, who is currently president of Sierra Club locally and who warned party officials about Filner’s behavior before his election, giving her the moral high ground if she enters the race.  Republican Councilman Kevin Falcouner and Democratic Councilwoman Marti Emerald, a former TV newswoman,  are also potential candidates, along with County Supervisor Ron Roberts, a Republican.

Mayor Filner has agreed to resign as part of a deal reached with the City to limit taxpayers’  potential liability over sexual harassment allegations made against Filner.

Who San Diegans choose as their next mayor will have an impact on East County residents. Energy policy is a key concern of consumer and ratepayer advocates, as well as environmentalists. Mayor Filner had been outspoken in opposing the Quail Brush gas power plant near Mission Trails. He alsos upported rooftop solar instead of massive wind, solar and powerline projects in rural and desert areas.  In addition, he called for an energy cooperative to give consumers an alternative to SDG&E, which has another rate hike taking effect September 1st.

With just two months to campaign, candidates for mayor will likely face fewer debates and his political opponents did. Expect character issues to be at the forefront in this campaign. Special elections tend to have low turn out, which traditionally has favored Republicans. Some analysts have also suggested that women candidates will likely have an advantage in this race, as voters seek to avoid similar scandals plaguing the next San Diego mayor.