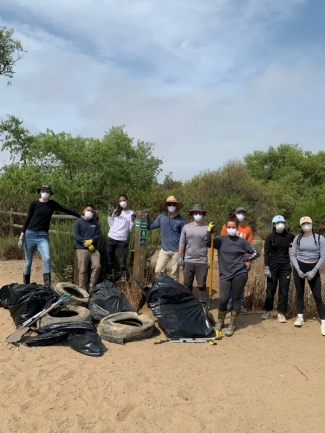 July 24, 2021 (Spring Valley) -- A group of people led by Victoria Abrenica, founder and president of the Spring Valley cleanup crew, met Friday at the Tijuana River Valley for a large-scale cleanup of the land.

“Earlier this year our county Supervisors declared a public health crisis in the Tijuana River Valley and shortly after, they opened a campsite along the river putting more families at risk,” said Abrenica. 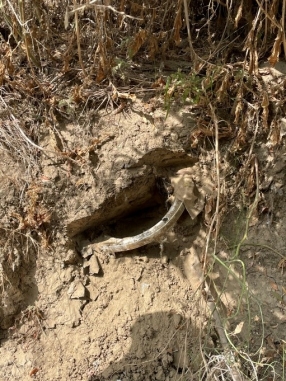 Abrenica led a team of about 20 people who came with tools like shovels, gloves, and facemasks to unearth debris and other potentially carcinogenic trash.

“The fact that people cross through here brings a lot of personal value for me,” said Cesar Castro, who grew up in Spring Valley but is originally in Tijuana.

“I grew up in Spring Valley, I never knew that people gather there to clean up so I thought that it’s my community where I want to get more involved,” Castro said.

Castro was working alongside Aaron Konzek who regularly volunteers with another cleanup group called Essence of Earth. 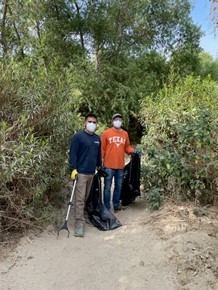 “[Abrenica] helped clean up Ocean Beach at the time and I feel like this is her passion project and I’m just happy to be here supporting everyone and getting the work done that needs to be done,” said Konzek.

“We hope to make this river more habitable today and we hope to raise local and federal awareness so we can hopefully prevent the sewage from entering our rivers and then have treatment sites to clean the sewage and host large scale cleanups to get all of the things that we’re taking out right now,” said Abrenica.

Abrenica noted that the river had dried out in areas and that heavy-chemicals, sewage and trash had become part of the land.

The volunteers cleaned up two different areas of the river Friday morning. They had an inaugural cleanup just two weeks ago and have another one scheduled for Aug 7. 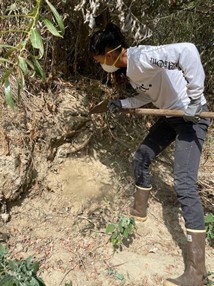 Photo, right:  Abrenica digs a wheel out of the land

The group’s schedule and marketing is purely social media based at this time. 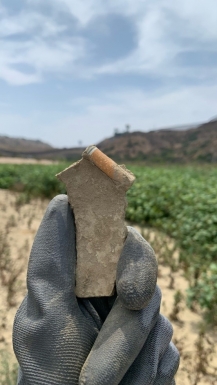 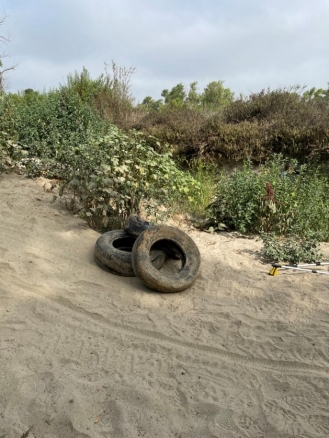