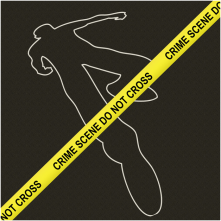 December 29, 2017 (Spring Valley) – A gunshot victim found in a vehicle at the intersection of Concepcion Avenue and San Francisco Street in Spring Valley Wednesday night has died of his injuries, says Lieuteuant Rich Williams with the Sheriff’s homicide unit.

A 17-year-old juvenile suspect has been arrested and charged with murder.  His name has not been released because he is a minor.

The name of the victim, an adult male, has not been released pending notification of family.

Several witnesses reportedly saw witnesses running from the vehicle at the time of the shooting. Wednesday.  Following the investigation, deputies obtained sealed search warrants for two local residences that led to the arrest of the juvenile suspect today.