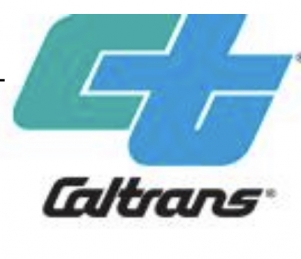 Lane closures and one-way traffic control may cause delays

July 15, 2021 (Ramona) - Crews will begin pavement microsurfacing operations on several small sections of State Route 67 (SR-67) in the community of Ramona for six consecutive nights beginning Sunday at 8 until 5 in the morning, according to Caltrans.

The work will require lane closures on SR-67 from just north of Carnation Avenue to State Route 78/10th Street and from Rockhouse Road to Shady Oaks Drive.

Highway personnel will direct motorists one direction at a time through areas that are reduced to a single open lane. The one-way traffic control may delay travel up to 10 minutes.

Striping operations will take place about two weeks after the microsurfacing treatment to allow time for the overlay to cure.

The SR-67 Microsurfacing Project involves placing a thin overlay on small sections of distressed roadway to seal and protect the treated areas. The $660,000 project will prevent further pavement deterioration as Caltrans rescopes the State Route SR-67 Pavement Rehabilitation Project that had been planned for construction this year.

“Our intention was to begin construction on the State Route 67 Pavement Rehabilitation Project this year. Unfortunately, contractor bids came in 20 percent more than our estimate, so we will rescope the project and re-advertise in November with construction expected to begin early spring 202,” said Caltrans Public Information Officer Cathryne Bruce-Johnson.

Caltrans thanks the community for their patience during the work and reminds motorists to watch for highway workers and to Be Work Zone Alert.

The construction schedule is subject to change based on weather, traffic incidents or other construction related issues.

For real-time traffic information including traffic speed, lane and road closures due to construction and maintenance activities, and more, go to http://quickmap.dot.ca.gov/.