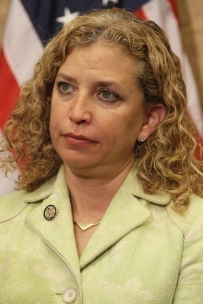 July 26, 2017 (Washington D.C.) – An IT aide who worked for Congresswoman Debbie Wasserman Schultz, the former Democratic National Committee Chair, has been arrested on bank fraud charges while trying to board a plane to Pakistan at Dulles Airport in Virginia.

Imran Awan had been accused of double-charging the House for information technology equipment earlier this year and was fired in March by house Democrats amid a criminal investigation. But he was still on the payroll for Wasserman-Schultz as an advisor until yesterday’s arrest on a separate fraud matter, the Hill reports.

According to Associated Press, Awan has been charged with fraudulently claiming a home as his primary residence to obtain a bank loan from the Congressional Federal Credit Union, but he and his wife did not live in the home. Records also show that $283,000 was wired to two people in Pakistan, according to agents who testified that they followed Awan’s wife, Hina Alvi, to the Dulles airport in March, where she boarded a flight to Pakistan and has not returned.

The government contends the couple intended to flee the country, though both had booked return tickets months later.  Awan’s attorney has also claimed the prosecution is motivated by bias against Muslims.

After his arrest, Wasserman-Schultz’s office announced that Awan has been fired.

This is not the first ethical controversy in which Wasserman Schultz has been embroiled.

After Wikileaks published Democrat National Committee emails which revealed that Democratic National Committee staffers working for Wasserman Schultz had actively worked to boost Hillary Clinton over Bernie Sanders during the Democratic primary, a violation of party rules, Wasserman-Schultz was pushed to resign. She initially refused, until asked by President Barack Obama to step down, the Washington Post reported at the time. She ultimately resigned, but only after the nominating convention was completed.  She then joined the Clinton campaign.

Her fired aide, Awan, has pled not guilty to the fraud charges in U.S. District Court. He has been released under a surveillance program and prohibited from traveling farther than 50 miles from his home.

His attorney has indicated that a preliminary hearing is set for August 21st.