January 24, 2021 (La Mesa) – This Tuesday, January 26th, the city of La Mesa will proclaim January 30th as Fred Korematsu Day of Civil Liberties. The proclamation honors the late civil rights activist, who fought for the rights and freedoms of Japanese-Americans sent to internment camps during World War II. 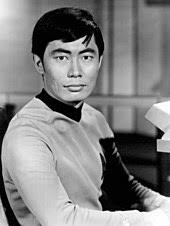 Takei is also the author of “They Called Us Enemy,” a memoir of his childhood in an American internment camp for Japanese-Americans. His book is included in the “One Book One San Diego” regional program sponsored by KPBS and public libraries, focusing on Japanese-American experiences during World War II.

City Council will make the proclamation before a much-anticipated report about the civil unrest in La Mesa that occurred on May 30, 2020.

"It is important for our community to learn about Fred Korematsu, what he and other Japanese Americans went through due to racism and misinformation from the government," said Councilmember Jack Shu. "We also need to apply the Korematsu story to current local issues, to understand the core causes of racial tension in our neighborhoods, the need for police reform, to get beyond the knee-jerk reactions of defensiveness and worse, promoting fear and hate."

As for Takei's participation in the Council meeting, Shu adds, “It’s not every day we get a starship commander."

Korematsu, a Japanese-American citizen born in Oakland in 1919, was denied entry into the U.S. military due to being classified as an “Enemy Alien.”  He became a welder and later foreman in a shipyard, until his union banned people of Japanese ancestry and he lost his job as a result.

In 1942, Korematsu refused to comply with President Franklin Roosevelt’s executive order requiring over 100,000 Japanese-American citizens and permanent residents to be imprisoned based solely on their ancestry.  He was arrested and charged with violating the exclusion order, then sent to the Presidio stockade prison in San Francisco and later, internment camps with his family.

The American Civil Liberties Union took on his case, which was appealed to the U.S. Supreme Court, but the high court upheld his conviction. After the war, the conviction impacted his ability to find work.

In 1982, a legal historian and researcher persuaded him to reopen his 1944 conviction and in 1983, the U.S. District Court in Northern California  granted his petition for a write of error. The decision influenced Congress to pass the Civil :Liberties Act of 1988, which President Ronald Reagan signed into law.  The Act acknowledged the forced relocation and incarceration of Japanese-Americans was wrong and based on racial prejudice.

Korematsu was awarded the Presidential Medal of Freedom, the highest civilian honor, by President Bill Clinton in January 1998.  In 2010, California passed the Fred Korematsu Day of Civil Liberties and the Constitution bill, making January 30 the first day in the U.S. named after an Asian American.

Determined to make sure Americans never forget the lessons learned from his own history, Korematsu traveled nationwide to speak at colleges, law schools and other places before passing away in 2005 at age 86. Korematsu’s growing legacy continues to inspire people of all backgrounds and demonstrates the importance of speaking up to fight injustice.

Although Korematsu was from northern California, many Japanese-Americans in San Diego County, including La Mesa, were taken from their homes and forced into internment camps, along with 120,000 Japanese-Ameican citizens nationwide.

The City of La Mesa’s proclamation concludes, “Fred Korematsu’s life and his willingness to assert that our civil liberties are the hallmark of our great country have left an indelible mark on the history of our nation and  hold a special meaning for the people of La Mesa.”