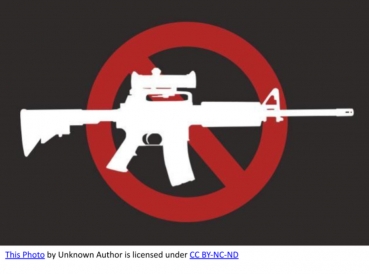 June 10, 2021(Sacramento) – Last week, Judge Roger Benetiz of California’s Southern District court issued an opinion in Miller v. Bonta (previously Miller v. Becerra), holding that California’s tyrannical ban on “assault weapons” is unconstitutional under the Second Amendment. However the judge issued a stay on his ruling for 30 days to allow time for an appeal.

Today, Governor Gavin Newsom announced at a press conference that the state will appeal the ruling, which conflicts with multiple previous judicial rulings that upheld the law.  Newsom denounced Judge Benetiz as “a wholly owned subsidiary of the gun lobby and the National Rifle Association.”

The ban on assault weapons was signed into law in 1989  by Republican Governor George Deukmejian after a mass shooting at a Stockton elementary school.

“That law has saved countless numbers of lives,” San Francisco Mayor London Breed stated at the press conference, noting that California has significantly lower death rates than the nation overall.  He derided the judge for likening AR-15 assault rifles used in many mass shootings to Swiss Army knives and for likening them as “good for both home and battle.”

“Equating firearms that have been used in many of the deadliest mass shootings in this country with Swiss Army knives has no basis in law or fact,” said Attorney General Bonta. “The ban on assault weapons will not put an end to all gun violence, but it is one important tool the state has to protect the safety of Californians while also respecting the rights of law-abiding residents who choose to possess firearms

California currently ranks among the lowest states nationwide for deaths from gun violence, 44th out of 50, according to Everytown Research.

But earlier judges have upheld bans on weapons deemed primarily suited for military use. The U.S. Supreme Court has previously upheld a ban on fully automatic firearms.

The lawsuit was filed by the Firearms Policy Institute on behalf of multiple plaintiffs including lead plaintiff James Miller, an elected member of the Cajon Valley School District board of trustees.  Other plaintiffs include the San Diego County Gun Owners PAC, other gun rights groups, Poway Weapons and Gear, and several individuals.

The suit contends that the State’s ban prohibits arms that are constitutionally protected under the Second Amendment, are no more lethal than other certain arms that are not banned, and commonly owned for lawful purposes elsewhere in the United States.

“In his order today, Judge Benitez held what millions of Americans already know to be true: Bans on so-called ‘assault weapons’ are unconstitutional and cannot stand,” said FPC President Brandon Combs. “This historic victory for individual liberty is just the beginning, and FPC will continue to aggressively challenge these laws throughout the United States. We look forward to continuing this challenge at the Ninth Circuit and, should it be necessary, the Supreme Court.”