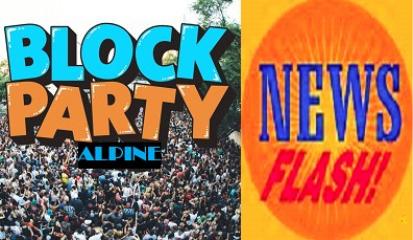 April 1, 2016 (Alpine) – Alpine residents are dancing in the streets in an impromptu town-wide celebration after the California Board of Education granted Alpine parents’ request to break off from the Grossmont Union High School and unify with the Alpine Union School District.  The move will require approval by district voters.  If approved, the AUSD announced today that it will finally build the long-promised high school in Alpine.

Viejas and Sycuan tribal leaders held a press conference pledging to donate billboard space along freeways district-wide to educate voters on the merits of approving the split. They also pledged that if voters approve the plan, tribes will donate all proceeds from a special  “Support Our Schools” week at the casinos to help both districts  complete key projects long sought by parents, teachers and students.  A joint statement issued by the tribal leaders states, “We are confident that Alpine will be a big winner in November.”

Those actions come hours after a San Diego Superior Court ordered bond funds be turned over by  Grossmont  to the Alpine district for construction of the Alpine High School. 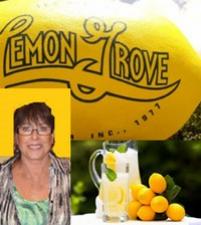 Grossmont Superintendent Ralf Swensen issuued an open letter to the people of Alpine, whose lawsuit against the GUHSD after it defied a grand jury order to turn over bond funds for the high school has cost the district millions in legal fees. His two-word statement reads, “Good riddance.”

Removing Alpine and its neighboring communities from the Grossmont District also throws a monkey-wrench into Grossmont’s redistricting plans.  Today, the County Office of Education Committee on School District Organization announced that it will cancel its remaining hearings on the redistricting plan. It also announced rejection of Grossmont’s plan. The committee ordered Grossmont to draw up new district lines reflecting the absence of Alpine,  if  voters approve Alpine’s wish to leave the GUHSD.

Trustee Jim Kelly, whose residence falls within the new Alpine High School boundary under guidelines approved by the state, will be off the GUHSD board if voters agree to approve Alpine leaving the district. At today’s block party, many Alpine residents  voiced  joy at that prospect, since Kelly has long been a vocal opponent of the Alpine High School.

Kelly issued a statement blasting the state’s decision, accusing the state officials of “posing as educators” and hearing only one side of the story.  He then announced his retirement, concluding, “I am tired of this phony circus. So I’ve signed a contract to join a real circus--and look forward to my new role in the clown act with Ringling Brothers.”

Trustee Priscilla Schreiber voiced delight at the unification decision and at the delay in Grossmont redistricting, since Grossmont’s plan would have drawn her out of a district, while creating a new open-seat district in Lemon Grove.

“Now I won’t have to move to Lemon Grove to keep my seat,” she concluded with a cheery smile, standing beside Lemon Grove’s famed lemon statue at a press conference announcing her candidacy for reelection district-wide.  She offered up free beverages for all present, stating, “Now let’s work to make some lemonade!”