November 2, 2016 (Boulevard) – The State Lands Commission has approved a second phase of the controversial Tule Wind Project in McCain Valley.  Tule II will allow up to 24 wind turbines to be built after completion of Tule I, which will have 52 turbines, each hundreds of feet high.  Phase I is slated to break ground soon, with expected completion in September 2017.

The two projects will have a combined estimated capacity of 202 megawatts. Additional turbines are set to be installed on adjacent federal and tribal lands belonging to the Ewiiaapaayp band of Kumeyaay Indians. 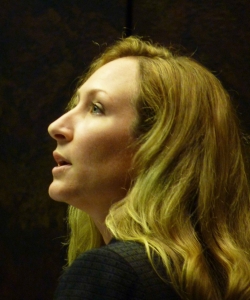 But the project has been vigorously opposed by environmentalists and many rural residents.

The Protect Our Communities Foundation has filed a lawsuit in federal court seeking to halt the project, contending it will kill protected golden eagles, bats and other wildlife as well as spectacular views on public lands.  The Audobon Society and Backcountry Against Dumps (BAD) have also opposed the project.

Donna Tisdale, founder of BAD and chair of the Boulevard Planning Group, says Tule Wind will have “serious impacts to residents and a wide variety of resources that cannot honestly be mitigated.”  She notes that thus far power purchase agreements are with Southern California Edison, meaning power will flow to Los Angeles, thus won’t help the city or county of San Diego attain its green power goals.

“Despite our best efforts, San Diego County gave Tule Wind turbines a waiver of the new low frequency restrictions that we managed to get included in the Wind Energy Ordinance, that were designed to help protect at risk and predominantly low-income residents in our area, including tribal members and others who are already adversely impacted by the existing Kumeyaay Wind turbines that have generated complaints of stress induced health and quality of life impacts,” Tisdale states. “Wind turbines and their electrical infrastructure also represent new sources of wildfire ignition in our drought stressed backcountry. Tule Wind's inadequate fire related funding is a pittance. “

Opponents say they support renewable energy, but want to see it generated with solar on rooftops and parking lots, not in or near scenic public lands such as the previously protected McCain Valley National Cooperative Land and Wildlife Management Area and Recreation Area, also the gateway to federal wilderness regions.

Well said, Craig! How can something be mitigated when it's being destroyed . . . FOREVER? Cottonwood Campground located at the remote end of McCain Valley used to be a base camp for us to take off from and explore the wild beauty of nature. NOT ANY MORE!!!

Why will turbines be installed on tribal land?

"The project’s negative impacts will be largely mitigated."
This is Orwellian environmental Newspeak at its most conspicuous.
The unalterably horrific fact is that that an enormous swath of our beautiful East County is about to be destroyed forever.
And for what? Our most weakest, most inefficient and unreliable power source. One that will do nothing to reduce green house emissions.
And Tule is only one of many such installations that are covering the land and laying waste to hundreds of thousands of precious, irreplaceable wilderness acres.