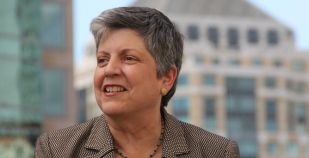 “I disagree with all of these assertions.” -- UC President Janet Napolitano

April 25, 2017 (Sacramento) – A report by California’s state auditor claims that the University of California hid $175 million in secret reserves while it raised administrative spending by 28 percent.  The hidden reserves were not disclosed to the board or regents over the past several years, meaning regents were voting to hike tuitions without knowing about significant funds that might have alleviated the need to force students to pay more.

State Auditor Elaine Howle says, “We found it particularly troublesome that the Office of the President intentionally interfered in our efforts to assess the types and quality of services it provides to campuses.”

The audit report further slams the UC president’s office for spending money with “little or no oversight.”

The audit report concludes, “We believe the Office of the President might be able to refund at least $38 million of its uncommitted reserve funds to campuses.”

In a 6-page letter responding to the State Auditor’s report, UC president Napolitano stated that while she finds recommendations for reform “helpful”, she contends, “the report fundamentally and unfairly mischaracterizes UCOP’s budget process and practices in a way that does not accurately capture our current operations nor our efforts and plans for continued improvement”

She calls the report’s assertion that her office failed to disclose tens of millions in surplus funds “false.” As for assertions that her office amassed over $175 million in reserves in a non-transparent manner, Napolitano states, “I disagree with all of these assertions.”

Napolitano says the actual amount was $170 million. Of that, $88 million was restricted funds targeted for specific purposes.  The current reserve is $38 million worth of unrestricted funds, she says.

Recipients of the reserve funding include UC’s medical centers and medical schools to patient care and research, grant programs to support groundbreaking research, an academic program to immerse undergraduate students in federal public service programs, shifting UC’s energy use to sustainable sources, and some funds transferred directly to campuses such as for research grants.

Assemblyman Randy Voepel (R-Santee) issued a statement indicating he is “deeply troubled” by the state auditor’s report. He states, “Based on the facts presented, it appears that the University of California has let down taxpayers, parents, and students."

He adds, “As the costs of higher education continue to rise, it is imperative that each and every dollar is spent efficiently and effectively.”

Voepel said he looks forward to working with his colleagues in the Legislature to implement reforms to the UC system to prevent such actions in the future.