December 20, 2021 (El Cajon) – In his State of the City address on December 14, El Cajon Mayor Bill Wells declared the City is in “excellent condition” despite challenges posed by the pandemic and more.

The Mayor highlighted five priorities that the City has opted to focus on in 2021-2022: communication/civic engagement, homelessness, public safety, economic development, and city beautification.

The City has taken a two-pronged approach to homelessness: enforcing laws and helping those who seek assistance. This year, El Cajon has cleaned up 390 tons of trash left behind at homeless camps and has power-washed 26 encampment areas. Also in 2021, the City’s programs helped 765 homeless individuals get temporary shelter and 201 of those found permanent housing through the city’s partnership with the East County Transitional Living Center, Home Start, and the Salvation Army.

But the Mayor faulted the state for not allowing cities to address “root problems” of homelessness including illegal drugs and mental illness, which has resulted in people with psychosis and delusions wandering the streets, he said. “Citizens of California need to stand up to these inhumane policies and allow local governments to help these individuals through programs that can actually make a difference,” Wells added, also calling on the county to spend funds it has received to help the homeless in El Cajon.

Despite the pandemic, El Cajon’s economy is robust. The city managed to set aside $53 million in rainy day funds, the most ever, with an annual general fund budget of around $84 million.  The City instituted a hiring freeze, made budget cuts and declined to shut down businesses during the pandemic. “Rather than experiencing a loss, the City collected about $9 million more than projected,” Mayor Wells said.

El Cajon distributed nearly $2.5 million in grant funds in 2020 and in 2021, a second round of $5 million in business grants was launched, of which close to $3 million has been spent to help 216 businesses, which hired 270 employees.

The City also used federal American Rescue Act funds for programs such as Dollar Days, a proposal from Councilman Steve Goble that allowed residents to participate in recreation programs for just one dollar. Other ARA funds were used to invest in infrastructure and economic development. 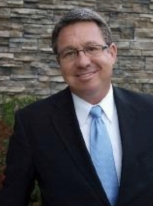 The Mayor railed against public health policies at the state level which he called “business-killing COVID policies” as well as against “half-baked policies from the County” and “growing anti-business sentiment permeating from Washington D.C.”

To address public safety, El Cajon’s City Council this week voted unanimously to add 10 police officers to its ranks. “This will allow the City to bring on talented police officers from other departments (especially the City of San Diego) that have taken the politically motivated poilsition of discarding their unvaccinated employees,” Wells said, emphasizing his refusal to support vaccine mandates or other “excessive regulations” on our employees.

Vaccine mandates were implemented in San Diego and some other cities to protect the public as well as officers, since COVID-19 has been the leading cause of death among police officers in 2020 and 2021 in both the state and nation, killing approximately five times more officers than die of gunfire both years. Those statistics were compiled before the Omicron variant, which spreads more easily than the Delta variant as well as the original strain of COVID-19. To date, COVID has killed over 802,000 Americans, according to the U.S. Centers for Disease Control.

The Mayor cited additional highlights of the past year in E Cajon include adopting an election integrity policy, extending outdoor dining for restaurants, and hosting festivals including the new Foodie Fest in September with local business groups. The Mayor reports that “the restaurant owners that participated reported an uptick in business since the event.” The City also brought back Hauntfest on Main and held a Winter Wonderland event at Wells Park with real snow for kids to enjoy sledding.

“I am pleased that we have weathered storms and are poised to take on any other challenges that may come our way. I encourage our community to be engaged and join us in solving the challenges discussed tonight,” Mayor Wells concluded.

cares nothing about the citizens of el cajon or he would not hire unvaccinated people to keep spreading covid. keep it up righty!