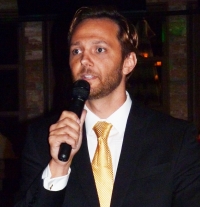 February 3, 2018 (El Cajon) – The California Department of Fair Employment and Housing (DFEH), in a letter sent to El Cajon Councilman Ben Kalasho on January 22, advised that following an investigation, the agency has closed a complaint filed by Kalasho against the City of El Cajon, Mayor Bill Wells and Councilman Gary Kendrick.

Kalasho, who is of Iraqi descent, claimed he was harassed and discriminated against based on his national origin. “I was denied a work environment free of discrimination and/or retaliation and subjected to differential treatment,” he contended in his complaint.

The state’s letter affirms that DFEH closed the case based on lack of jurisdiction, adding, “DFEH is unable to conclude that the information obtained establishes a violation of the statute.”

However the agency also confirmed that Kalasho retains a right to sue by hiring his own attorney to file a civil complaint under the Fair Employment and Housing Act within one year after receiving the DEFH letter.

Kalasho’s complaint has also been dual filed with the U.S. Equal Employment Opportunity Commission, and Kalasho has a right to request that EEOC perform a substantial weight review of its findings within 15 days after receiving the state’s letter.

Kalasho alleged that verbal harassment included comments such as “Camel”, “Foreigner” and “Does Ben even know the Pledge of Allegiance?”  He claims he never reported the alleged harassment to anyone “out of fear that nothing would be done.”  He also claimed he was not allowed to put issues on the agenda without approval by another council member and was not called on to speak at public events.

Kendrick, in his response to the complaint, denied Kalasho’s claims in full. He states, “I don’t use language or words such as he outlined in the complaint…I’m sure if you interviewed our other long time Iraqi City Council Member, Star Bales… she would confirm this.”  Bales left office in 2016.  Kendrick continued, “The accusations against myself and Mayor Wells are “outrageous, completely untrue and no one who knows us or observes our City Council meetings (all of which are on tape, by the way) would ever believe the allegations.”

Wells, in his response, states flatly, “I have never verbally harassed Mr. Kalasho based on his national origin.”  He denies ever using the derogatory terms publicly or privately that Kalasho claimed. He, too, noted that the Council had a prior Iraqi member and says he never heard of any such accusations prior to Kalasho’s complaint.

Wells contended that Kalasho’s complaint “is, in my opinion, intended to be a political attack against myself and Mr. Kendrick. It has no basis in fact. Mr. Kalasho is well known for using such intimidation tactics against other people. He regularly threatens the rest of the City council with legal action, for no good reasons.”

Kalasho has indicated he may challenge Wells for the mayoral seat. If he were to opt to seek reelection to the Council, he would have to square off against Kendrick, since redistricting has put both in the same district.  He has previously threatened to sue the city for its redistricting plan and claimed discrimination after Council banned use of internet-connected devices by Council members during public hearings.

Council did seek to restrict the number of agenda items any Council member could place on an agenda annually, but rejected a proposal to require two members’ approval and ultimately held public meetings to allow input from the public and members. Kalasho has placed items on the agenda unilaterally and has spoken at some civic events on behalf of the city.

In his 73-page response, Wells attached numerous news articles including works published in the San Diego Union-Tribune and East County Magazine documenting a series of legal setbacks for Kalasho including a jury finding of fraud against Kalasho over a business dispute, The U.S. Patent and Trademark Office finding of a trademark violation by a Chamber of Commerce run by Kalasho, the California Attorney General revoking the nonprofit status of a beauty pageant operated by Kalasho’s chamber,  a lawsuit filed against Kalasho filed by a taco shop owner claiming retaliation and defamatory actions by Kalasho for not allowing Kalasho to post campaign signs at the site, and a lawsuit filed against Kalasho by beauty pageant queens alleging sexual harassment, fraud and posting fake nude photos in retaliation for a business dispute.  His countersuit against those plaintiffs was thrown out by a judge, who found Kalasho’s action to be a SLAPP suit intended to intimidate or prevent plaintiffs from exercising their legal and First Amendemnt rights.

The articles also document that Kalasho has a pattern of threatening, harassing and attempting to intimidate media outlets, reporters and editors for publishing truthful and fully documented articles on his legal and ethical controversies.  In addition, Kalasho cost city taxpayers a substantial sum due to voting on liens for unpaid trash collection instead of recusing himself after his Chamber accepted thousands of dollars from Waste Management, the city’s tax hauling service.  The City had to issue new public notices and hold a revote, from which Kalasho then recused himself.

The Cty, in its response  to the state over Kalasho's complaint, noted that Kalasho is not a city employee, but rather an elected official, and  thus “has no standing,” arguing that he would not be entitled to recovery under the laws that protect employees.  The city further argued that there is no evidence of discrimination or pervasive harassment, and that Kalasho has not suffered tangible damages.  The City asked that the complaint be dismissed.

Ben Kalsho may be outspoken and supposedly for the citizens of El Cajon, but he does not appear to be able to play well with others, and that can be a very serious problem! If the alleged sexual harassment accusations are even remotely true, then Mr. Kalsho should either resign or be terminated. Look around, it's been happening in many places around the country. I have to agree with sharper4elcajon that the city does appear to be run in a "good old boys" fashion, and that many officials and workers (with a some exceptions) simply do not listen to us lowly citizens (who pay taxes which support their high salaries) when we speak about a particular concern, or have a valid complaint. If Ben's intention is to change this, then kudos to him. Meanwhile, yes I agree that our city leadership needs fresh eyes and a different approach to critical thinking regarding many issues. Remember Mr. mayor and council members - we the people - have opinions, and voting power..
I may not agree with everything that Ben has done, but I know that the mayor and the rest of the council before the election in 2016 felt that Ben would not be a fit for the "Good Old Boys" club. I watched as they put restrictions on him at every turn and tried to keep him from doing the job he was elected to do. Never before did they have to have a special meeting just to listen to what the public wanted on agenda, but when Ben started to put items on agenda that the council did not want to deal with all of a sudden we need that special meeting. The council doesn't want to listen to the citizens and they don't, but Ben was going to make them and they didn't like that. The mayor stated " Council has only put seven items on agenda in 2015 and 2016" like what have they been doing ?? We need to address problems and the council just does what ever they want. Ben wanted to start a Christmas program called 'El Cajon Elves' like 'Santee Santas' but council shot it down and gave the exact amount Ben asked for to Salvation Army, just to rub it in his face. As for Star Bales who sat on council until 2016, she was chosen by them not elected by us just as Bill Wells moved into mayor seat not voted in. I may not agree with what Ben does outside of the council but that is his personal life and does not make him unfit for office come on now look at who is running America (Trump). Just saying. . . . .