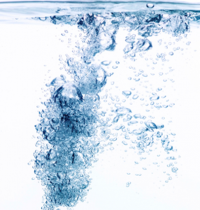 July 9, 2014 (San Diego's East County) - The state of California is considering making water conservation mandatory – with penalties for those who fail to comply.

It’s been 7 months since Governor Jerry Brown asked all Californians to voluntarily reduce water use by 20 percent.  Statewide, Californians have trimmed water use by 5 less – less than requested. But in San Diego it’s even worse – local consumers and businesses actually increased their water use by 10 percent over the same months last year.

That’s partly because San Diegans had already been asked to reduce their use by 20% as the drought has deepened over the past several years.  Hotter, drier weather than usual leads to more water consumption to irrigate trees, lawns and other landscaping.

In fact, the last six months have seen the highest temperatures ever recorded in San Diego County during this season, the National Weather Service reports.

Reservoirs are running low across California.  So at its July 15th board meeting, the California Water Resources Control Board will consider adopting statewide emergency regulations—including hefty fines for those who don’t comply.  These could include restrictions on washing cars and limiting hours for watering lawns or other landscaping.

If approved, the emergency regulations would likely take effect on Aug. 1.