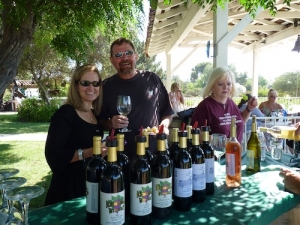 August 3, 2013 (San Diego’s East County) – A state court on Tuesday sided with a San Diego County ordinance that is bringing a bumper crop of boutique wineries to the backcountry.

The California Appellate Court affirmed a lower court ruling that upheld the legality of the 2010 winery initiative spearheaded by Supervisor Dianne Jacob. Barring an appeal to the state Supreme Court, the decision marks the conclusion of a three-year legal challenge.

“This is a great victory for vintners, wine lovers and the region’s farm economy,” said Jacob,  vice chairwoman of the Board of Supervisors. “By reducing costly and burdensome regulations, the ordinance has uncorked a new collection of boutique businesses.”

In Ramona, a federally-designated viticulture area, there are 20 wine-tasting rooms today, compared to one when the ordinance was approved. 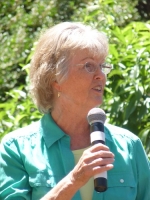 The ordinance was crafted to better regulate and encourage vintner operations through a tiered permit system tied to the amount of wine produced and the size of the operation. It has made it easier and less expensive for smaller wineries to open on-site retail outlets and tasting rooms.

The three-judge appellate court panel rejected a lawsuit filed by the San Diego Citizenry Group largely centered on the argument that the county failed to properly assess the environmental impact of the ordinance.

The complete ruling is here: http://bit.ly/11v6cBT

Jacob is leading efforts to craft a similar ordinance to encourage microbreweries, cheesemaking operations and other agriculture-based ventures in rural areas. The Board of Supervisors recently agreed to explore the issue.