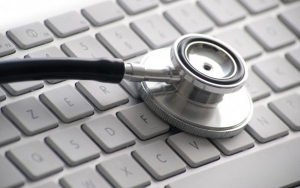 As of June 10, there have been 3,458 cases of pertussis reported to the California Department of Public Health in 2014, more than were reported in all of 2013. Over 800 new cases have been reported in the past two weeks.

“The biggest concern is infants because they can’t receive their pertussis immunizations until they are 2 months old.”  To protect these children, she advises, ““All pregnant women should get vaccinated in their third trimester to pass as much immunity as possible to their newborn and then parents should get their infant vaccinated as soon as they hit that two month mark.”

In San Diego County there have been 667 confirmed cases of pertussis in 2014. There were only 89 cases reported at this same point last year.

A typical case of pertussis starts with a cough and runny nose for one to two weeks, followed by weeks to months of rapid coughing fits that sometimes end with a whooping sound. Fever, if present, is usually mild. Antibiotics can lessen the severity of symptoms and prevent the spread of disease to others.

In East County, the new cases included students at Meridian Elementary in El Cajon and Santana High School in Lakeside. Other cases were reported in Poway and San Diego.

Parents can obtain the vaccine series for their children and  a booster shot for themselves through their primary care physicians. Local retail pharmacies offer vaccinations for a fee, and anyone who is not covered by a medical insurance plan can get the shot from a County Public Health Center at minimal or no cost.

For more information about whooping cough and ongoing vaccination clinics, call the HHSA Immunization Branch at (866) 358-2966, or visit www.sdiz.org.