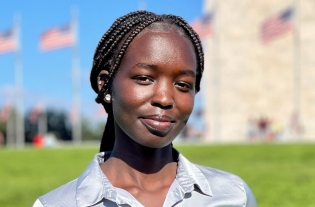 January 5, 2022 (Sacramento) -- By next fall, refugee students may be able to apply to attend American colleges and universities. The State Department said it plans to pilot a new category for refugee admissions, known as P4.

P4 status would allow a group or institution to sponsor a refugee. A university sponsorship program would allow them to study in the U.S. and then apply for permanent residency.

Laura Wagner, project manager for the Initiative on U.S. Education Pathways for Refugee Students, part of the Presidents' Alliance on Higher Education and Immigration, said the current foreign student visa program requires students to leave after they graduate.

"Right now, we are getting the best and the brightest of the world, and then we're saying, 'Thanks, now you have to go back to your home country,'" Wagner explained. "Whereas this would provide an opportunity for them to stay and continue to use and share those talents to their new community in the U.S."

The Alliance recently published a report calling on the State Department to implement a P4 category in the spring of 2022. Community colleges and universities, including the University of California-Davis, would step up to offer free tuition. Philanthropic groups would cover other costs, and the State Department would aid in resettlement.

Wagner argued refugees deserve a shot at a brighter future in the U.S., a country founded by immigrants.

"Less than 1% of refugees worldwide are able to be resettled," Wagner reported. "And we have only 5% of refugees accessing higher ed."

Advocates of the pilot program say it could initially be limited to 30 students who would apply next fall and start their college classes in 2024.

Support for this reporting was provided by Lumina Foundation