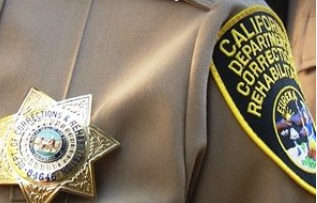 Today, City Manager Yvonne Garrett received a message from Jerry Powers, director of the state’s division of adult parole operations, advising that the agency has determined that “due to functional and logistical issues this site is unworkable for our needs at this time.  We will continue to review other locations in the eastern San Diego County area in our efforts to provide services more directly to the parolee population and the citizens of East County.”

The state had proposed the facility at 9400 Grossmont Summit Drive, next to homes on Mt. Helix and the Brigantine Restaurant and within a quarter mile of Grossmont High School. The closest trolley stop would have been shared by high school and middle school students, with violent parolees and sex offenders walking directly past two schools.

Stephanie Boethin, who organized opposition to the project, posted on the “Stop Parole Office in Mt. Helix/La Mesa” Facebook page, “I'm proud that our community banded together for what we know is best for our children and community.”  But she cautioned that the state will likely propose another location in East County so residents across the region should remain vigilant.

Daniel Boethin, co-organizer, posted on Facebook, "Parole Office for a meeting with their District Administrator. Additionally, they followed their municipal code process and questioned the intensity of use with the Director of Parole Operations and facilitated communication with local residents, and business leaders that would be directly impacted. They filed responses based on YOUR responses to the La Mesa City Council Meeting held back on 11 December, and the ongoing emails and phone calls that flooded their office. These emails and phone calls poured into State Senator Brian Jones who began to react on Day 1 into his newly elected position. County Supervisor Dianne Jacob also immediately opposed this location and helped facilitate transparency from State to City level jurisdiction."

To citizens who aided in the process, he added, "We turned out page after page of comparative analysis, relied on your expert knowledge whether related in the fields of real estate, zoning, social and economic impacts, along with human psychology from esteemed professors and doctors. We leveraged this expertise nearly every other day (and night) as part of a dedicated ad-hoc subcommittee that shared information, built constructive feedback, and gathered research through focused channels. At a minimum, the result was 8 versions of in-depth comparative analysis (11 pages), plus 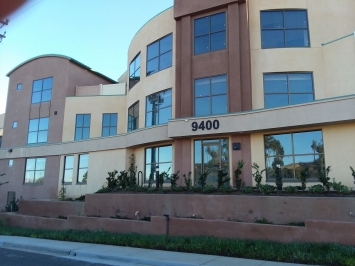 Kris Kat, whose property is near the proposed facility, posted, “While I am more thrilled than many about this location being dropped since it is literally my backyard where they wanted to put it, I want to caution people to hold onto their signs and letters and phone numbers, it still could end up in La Mesa or another residential area in San Diego County. We need to send a clear message that they need to be looking in commercial and industrial areas because we will stand with our neighbors EVERYWHERE. All of San Diego County is our community. We were asking all of San Diego and La Mesa to support us, we MUST do the same for others if they end up faced with the same situation. All children, homes, and schools must be protected.”

The property’s leasing agent, Mark Robak, has said that city staff told him the zoning would allow a parole office usage.  But upon learning of the plan, the city raised objections over possible zoning code violations.

La Mesa Mayor Mark Arapostathis, in a letter to constituents, wrote, “I was against this proposal from the day (Dec.3) the state informed the city of their intentions. Along with La Mesa citizens, I have been communicating with the California Department of Corrections to express my concerns as to why this is the wrong location for a parole office.”

Those opposed to the location contend that a parole office should be located in a commercial or industrial area with close proximity to mass transit and adequate parking, not close to homes or schools.

Newly elected State Senator Brian Jones told ECM’s reporter during his holiday party Tuesday night that he, too, intended to share his constituents’ concerns with the state agency.