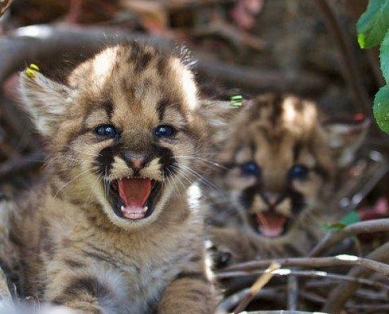 The petition seeks protections for “gravely imperiled” cougar populations in Southern California and on the Central Coast, including all of San Diego County, the Eastern Peninsular Range as well as Santa Ana Mountains, San Bernardino Mountains, San Gabriel Mountains, Santa Monica Mountains, and north along the coast to the Santa Cruz Mountains.

Some Southern California lion populations could disappear in little more than a decade, according to a March 2019 study. Researchers at UC Davis, UCLA, and with the National Park Service predicted that if inbreeding depression occurs, the Santa Ana population could go extinct within 12 years and the Santa Monica population within 15.

“We’ve been working very diligently in Sna Diego for the  past for years because the eastern and northern, the more rural parts of the County have been experiencing a very high rate of mountain lion kills with depredation permits for preying on livestock,” says Lynn Cullens, executive director of the Mountain Lion Foundation.

Locally, depredation permits are highest in Julian, Descanso and the Cuyamacas, but wildlife groups are working to promote use of livestock protecting dogs as well as encouraging ranchers to bring herds of goats and sheep inside at night. Efforts are being made to teach 4H students how to care for livestock without harming lions. Scaring devices that activate motion sensors or alarms are also being tested, says Winston Vickers, associate research veterinarian at the Wildfire Health Center at U.C. Davis.

An estimated 63 to 126 adult mountain lions are estimated to remain in the Eastern Peninsular Range which includes mountains in San Diego , Imperial, and parts of Riverside and San Bernardino Counties. In San Diego last year, 16 depredation permits were issued, the highest ever, and from those five mountain lions were killed in addition to those killed on roads and highways, poisoned by rodenticides and other toxicants, and those that were poached or killed without a permit. 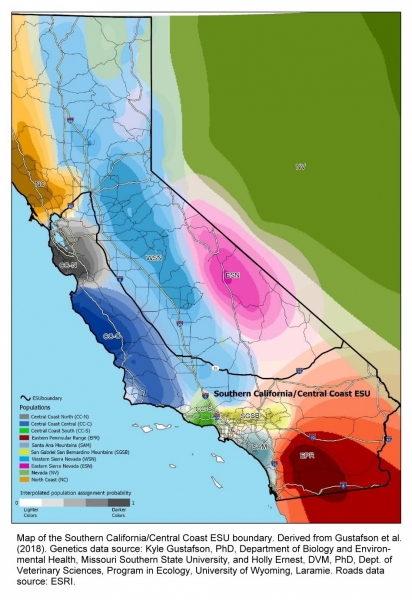 “Our mountain lions are dying horrible deaths from car collisions and rat poison, and their populations are at risk from inbreeding too,” said Tiffany Yap, a biologist at the Center and primary author of the petition. “Without a clear legal mandate to protect mountain lions from the threats that are killing them and hemming them in on all sides, these iconic wild cats will soon be gone from Southern California.”

Habitat loss and fragmentation caused by highways, freeways and sprawl have led to high levels of genetic isolation and human-caused mortality. These lion populations suffer from dangerously low genetic diversity. The animals are often killed trying to cross freeways, in retaliation for preying on livestock, and by poachers. Others die excruciating deaths after consuming prey that have ingested toxic rodenticides. Whenever a female lion dies, there’s a good chance kittens are being orphaned.

Vickers says the Center has been working to develop a connectivity pan for mountain lions in San Diego's North County area as well as connecting both sides of I-15 further north. "Mountain lions in Santa Ana are severel inbred and at the highest risk of going extinct," he says. Connectivity is also needed for lions from the Cuyamaca Mountains and Palomar to the I-15 corridor.

In North County, a study found that only one-third of mountain lion habitat is conserved, so another goal is to acquire land for preserves and conservation easements.

Mountain lions have profound impacts on their environment, which help to support the overall health of California ecosystems. Their kills provide an important food source for a host of wild animals, including California condors and gray foxes. Their presence benefits rare native plants, butterflies and even songbird populations.

Though deer is the primary prey of coyotes, "They also eate a lot of coyotes," Vickers says. When coyotes proliferate, they may prey on pet dogs or cats even during daylight hours, unlike lions, which are primarily nocturnal hunters.

Losing mountain lions may create imbalances that result in severe repercussions for people. In the eastern United States, where cougars are now extinct, uncontrolled growth of deer populations has resulted in overgrazed vegetation, loss of biodiversity, an increase in tick-borne illness, and a higher percentage of vehicle-deer collisions than in the western states where mountain lions reside.

“Very few young lions can make their way through the maze of homes that dot the hillsides of Southern California. They can’t cross eight-lane freeways to find a territory and establish a home. Yet the lion populations in isolated mountain ranges depend on the genes of these young immigrants to avoid extinction,” said Cullens. “It’s time to recognize the threats that face mountain lions and improve our ability to protect them, because they matter for their own sakes and have significant value to all Californians.”

Under the California Endangered Species Act, the California Department of Fish and Wildlife has three months to make an initial recommendation to the Fish and Game Commission, which will then vote on the petition at a public hearing later this year. If mountain lions win protection under the Act, state and local agencies will have to work more carefully to manage threats to them. For example, road and development projects would have to include measures to preserve natural habitat links, such as wildlife crossings under freeways.

View a website prepared by Cal Poly students on a wildlife crossing for I-15 to protect mountain lions:  https://i15wildlifecrossing.wixsite.com/calpolypomona

View two reports from 2018 and 2019 with informaton on mountain lions in our region, funded by funded by SANDAG and CDFW-Local Assistance Grant funds, as well as a joint report on mountain lion issues prepared by U.C. Davis and Calif Fish & Wildlife Dept. Also view attached two road crossing maps for mountain lions in San Diego County north and south of I-8:

Wildlife crossings should be put over all our freeways. Where/who is using rat poison? This kills way too many animals, including peoples‘ pets.