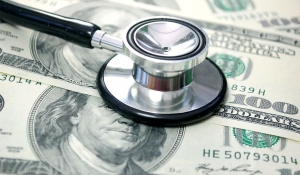 Subsidies are now available for families earning up to $154,500 or individuals earning up to $74,940 a year
By Miriam Raftery
Photo: creative commons via Bing
February 19, 2020 (Sacramento) – Many people don’t know that although the federal government waived fines for not having healthcare coverage, the state did not.  Fortunately for those without insurance, California has extended the deadline from Jan. 31 to March 31 to get insurance or pay stiff penalties.
If you sign up for Covered California by March 31, you can avoid fines that can be over $2,000 for a family of four. The fines will be assessed on residents when they file state tax returns in 2021. You can also sign up as late as April 30 for a Covered California healthcare plan, and pay a reduced fine.
The state also increased subsidies to help more people afford to buy insurance.  You can now qualify for help if you earn up to $74,940 as an individual, or up to  $154,500 for a family of four.
The subsidies average $608 a month for combined state and federal aid, bringing monthly premiums down to around  $272, according to Covered California. For middle income residents who previously couldn’t qualify for help, new subsidies can drop premiums over $504 a year.
The state will also keep enrollment open for consumers insured directly through private health plans who did not realize they qualified for state subsidies through Covered California. An estimated 280,000 residents are likely eligible for new state subsidies or existing federal ones but opted to keep their existing coverage, the Los Angeles Times reports.
You can get quotes at https://www.coveredca.com