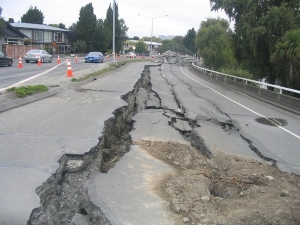 February 16, 2017 (Sacramento) – The California Transportation Commission last week approved a 38% decrease in funding for road and transit projects, a drop of $754 million over the next five years. The cut is due to falling gasoline tax revenues, the Los Angeles Times reports.  That’s left legislators scrambling for proposals to find alternative ways to fund transportation projects impacting counties statewide, which have been asked to list projects to delay or delete completely.

Assemblyman Jim Frazier, a Democrat from Oakland, has proposed a 22.5 cent a gallon excise tax increase to raise $8 billion a year for transportation projects.  “This is our call to take the issue seriously and commit to protecting our infrastructure,” he says.

But Republicans have balked at raising taxes.

Assemblyman Randy Voepel, a Republican from Santee, is coauthor of Assembly Bill 496, the Traffic Relief and Road Improvement Act.  It would shift $5.6 billion derived from vehicle sales and insurance taxes out of the general fund, using that money instead to fund transportation projects. It would also force $2.2 billion in transportation funds raided during the recession to be repaid.   The act would require that 30 percent of those funds be used to relieve traffic gridlock. Click here for plan overview.

“Transportation legislation has proven to be a top concern for California residents and it is time that all fees and taxes paid by transportation users are administered to improve highway and road conditions,” said Voepel. “California pays the highest gas tax in the nation and the second highest gas prices, yet Sacramento leadership continues to swindle funds for other purposes. The Traffic Relief and Road Improvement Act will change the status quo and ensure road funding goes toward roads.”

However, Voepel does not explain what cuts in general fund spending he would make to offset shifting $7.8 billion out of the general fund for transportation projects.

Presently, the two largest expenditures in California’s fiscal year 2017 budget are health care (35%) and education (16%).  About 4% of general fund revenues are already used for transportation purposes.

Other budget categories include pensions (18%) which are largely mandated by union contracts, welfare (9%) much of which is mandated by the federal government, protection including law enforcement and firefighting (7%), general government (4%), other spending (3%) and interest on past debt (3%).

Heavy winter rains have taken a worse toll than usual on highways and local roads across the state, increasing the need for roadway maintenance and repairs.

The theft of our tax dollars has reached an epic level. Jerry "Moonbeam" Brown will suffer the consequences of no federal funds because he protects the people who murder girls like Kathrine Steinle. He tells us to save water as he dumps billions of acres of water in the ocean because of HIS failing infrastructure and a 2 inch fish. He forces electricity savings so that the prices can be raised to the highest costs in the entire nation. Thereby bankrupting the poor and middle class. He raised taxes on gasoline that will only hurt the poor and middle class that need to get to work. It will raise the price of food and goods that once again will only hurt the poor and middle class. He should be recalled. He will be the captain at the helm of the titanic.

the state takes money meant for one thing, moves it to another and then wants more. the browndogle slow rail needs to be stopped and money refocused on roads