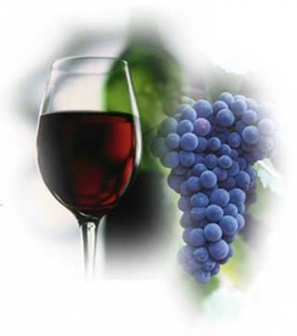 January 18, 2017 (El Cajon) - Cuyamaca College has secured a grant of nearly $260,000 to bolster its new viticulture apprenticeship program and cover the cost of a planned two-acre vineyard on the Rancho San Diego campus.

The viticulture apprenticeship program, the only one of its kind in Southern California when it launched in the fall of 2016, is aimed at addressing a shortage of qualified workers knowledgeable in vine and pest diseases, irrigation practices and harvest operations that are critical in the growing viticulture industry.

“Even though San Diego County has 115 wineries, we’re not recognized as a premium wine-growing area, and that has made finding skilled labor difficult,” said Izaac Villalobos, general manager at Fallbrook Winery. “The Cuyamaca College program will go a long way in helping to alleviate the challenge of finding skilled labor.”

Although the viticulture apprenticeship program was launched in the fall, initial funding to support the effort was lacking and only three apprentices signed up. The grant from the California Community Colleges Chancellor’s Office will help grow the program, pay for a two-acre vineyard near the Water Conservation Garden and cover operating costs.

The California Community Colleges Board of Governors approved the grant at its Jan. 17 meeting in Sacramento.

Graduates of the Viticulture Technician Apprentice program will leave Cuyamaca College understanding the basic principles of soil science, soil fertility and irrigation construction, in addition to having the skills needed to plant and maintain vineyards, cultivate and harvest wine grapes, process the product through the bottling process, and handle retail operations and support customer service. Besides taking 14.5 units of courses in the Ornamental Horticulture Department, students also are required to complete 3,000 hours as a paid apprentice.

“We are thrilled about the opportunity to expand and strengthen our Viticulture Apprenticeship Program,” said Cuyamaca College President Julianna Barnes. “Our program will play a key leadership role in the region in training future professionals to take on needed roles in the wine industry.”

San Diego County’s wine grape crop has risen in value from $378,000 to $6.5 million in a decade, the San Diego County Farm Bureau says. California’s wine industry, meanwhile, employs more than 41,000 people, excluding seasonal and temporary employees, and the state – which is the fourth largest leading wine producer in the world – crafts 85 percent of the wine consumed in the country.

Applicants to the program, which falls under Cuyamaca College’s Career and Technical Education division, must be at least 21 years old.

Anyone interested in applying for the new program should contact Donald Schultz in the Ornamental Horticulture Department at Cuyamaca College at either (619) 660-4023, or Donald.Schultz@gcccd.edu.