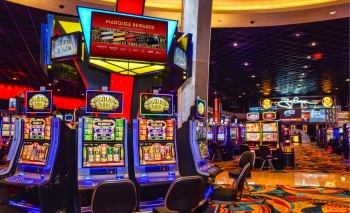 Updated to include remarks from Kim Hamilton.

October 27, 2017 (Jamul) --The Hollywood Casino Jamul-San Diego has been granted a permanent license to serve alcohol by the state department of Alcoholic Beverage Control’s Administrative Law Judge Adam Berg.  The ruling came over the objections of Supervisor Dianne Jacob, the Sheriff, the Jamul-Dulzura School District, and numerous residents in rural Jamul.

The decision makes permanent a temporary alcohol license granted when the casino opened approximately a year ago, but also mandates that the tribe continue its previously voluntary restriction to limit alcohol sales to the hours of 10 a.m. to 1:30 a.m..  View the decision.

In his decision, Judge Berg states, “Protestants raised numerous concerns, most of which related to the effect the casino and sale of alcoholic beverages would have on the rural, two-lane highway that is the primary access to the Jamul community. Although protestants raised legitimate concerns with the impact the casino and alcoholic beverage service might have on the surrounding area, a preponderance of evidence established that granting a conditional license is not contrary to the public welfare or morals.”

The Judge rejected arguments claiming alcohol sales would increase traffic collisions on already dangerous highway 94, create a nuisance to the community by interfering with schools, residences and churches in the area, result in an over-concentration of alcohol outlets, and other points raised by opponents.

Jamul Indian Village Chairwoman Erica Pinto issued this statement: “We are pleased that Judge Berg recognized our commitment to responsible beverage service and to keeping our guests and the community safe. The Jamul Indian Village and the Hollywood Casino Jamul-San Diego know that serving alcohol is a serious responsibility, and one that we do not take lightly,” noting that the tribe has voluntarily limited hours of alcohol sales and committed millions of dollars to fund road improvements and emergency services.

She added, “Furthermore, we are grateful Judge Berg saw past the opposing attorney’s attacks on our Tribal sovereignty and right to exist. Our ancestors have lived on these lands for 12,000 years. Judge Berg’s recognition of our sovereignty is a sharp rebuke of the unfounded accusations that our opponents have tried to label us with for years.

The Jamul Indian Village remains deeply committed to protecting the safety of our guests and the community our ancestors have called home for generations…We are proud to do our part to build a stronger, safer community.”

Supervisor Dianne Jacob voiced disappointment over the ruling.  “This decision is a big slap in the face to the community,” Jacob said, the San Diego Union-Tribune reports. “The fact is that this big, bad mistake of a casino has made driving on the dangerous state highway even more risky.”

Kim Hamilton, editor of the Deerhorn Valley Antler community news site and Antler Alerts, tracks traffic accidents on the highway. She voiced concerns that “special interests have trumped public safety,” adding that unlike other casinos, Jamul has no hotel for patrons to sleep off over-indulgence in alcohol before heading home on a highway that was already a “death alley” even before the casino.

As for the judge’s finding that the area does not too many liquor license, Hamilton stated in an e-mail to ECM, “The Jamul Casino technically lies in an area where there are very few liquor licenses — but only by a street.  The census district leading to the casino from the west is "unduly concentrated" with about twice the number of "authorized" liquor licenses.”  She also objected to most road improvements promised before construction began that are not yet completed, as well as to Wednesday night and weekend promotions that she says have created traffic congestion.