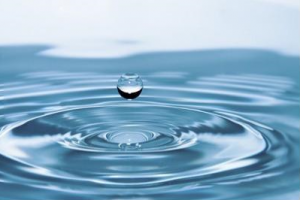 January 16, 2016 (San Diego’s East County) – Ratepayers in the Helix Water district have been under a state mandate to reduce water use by 20% under the Governor’s orders imposed last year during the drought.  But a new draft regulatory framework just released by the Staste Water Board would cut that to 12%, if approved.

Kathleen Coates Hedberg, a director on the Helix Water District board, has been lobbying the state to change its mandate for districts such as Helix, where ratepayers were already conserving water before the mandate and where districts have invested in increasing water supplies and conservation.

In a letter to constitutents, Coates Hedberg writes:

As we approach the end of the first round of drought emergency regulations, the State has been working with agencies to address the next step when the existing regulations expire at the end of February 2016. The regulations were extended by the Governor to October 2016 since we are still in drought conditions.

The State Water Board heard our suggestions on December 7th, 2015 (I was there in Sacramento), with a first draft of regulations sent out to us on December 21. The regulatory framework released proposed some modifications to the existing regulation but called for a credits and adjustments to be capped at no more than 4% which I found OUTRAGEOUS! Along with many other agencies comments were sent up to the Board by January 6, 2016.  Click here for my letter.

It looks like the State heard us and made changes to the cap on adjustments and credits at 8%. While it still does not give Helix the full 10% (2% climate & 8% desal) it is MUCH BETTER than a cap at 4%!

Thus, the Helix customers would have to maintain a water use reduction of 12% compared to 2013 versus the 20% that we have been required by the initial Governor mandate. Thank you for giving us credit where credit is due! Helix & San Diego County should not be penalized for investment and planning and our past conservation efforts.

Click here for the draft regulation and a fact sheet are available here.

Interesting. If the state allows Helix users to purchase (use) more water, would Helix rescind some of the rate increase it passed late last year? Seems like if they don't it would be double-dipping, pun intended.