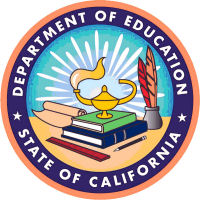 The new standards are one of the cornerstone achievements of Torlakson’s Career Readiness Initiative. Building on the previous CTE standards, the revised standards were created with input from more than 300 representatives from business and industry, labor, and postsecondary and secondary education, ranging from the U.S. Department of Homeland Security to mental health experts and environmental innovators.

“This new framework sheds light on many new 21st century industry pathways, from game design and mental and behavioral health to green energy and international business,” Torlakson said. “They also tie in well with the rigorous academics and modern relevance demanded under the Common Core State Standards.”

Some two million students across California are already pursuing career technical education in their middle or high schools. Students in these programs tend to graduate at a higher rate than their counterparts.

The new standards, written for grades seven through twelve, lay out 59 pathways to graduating ready for careers and college within 15 industry sectors. Public hearings on the changes were held in Sacramento and Los Angeles in the fall, in addition to an open public comment period.

The new standards reflect current business and industry practices, as well as the new expectations for skills and knowledge. Examples include: