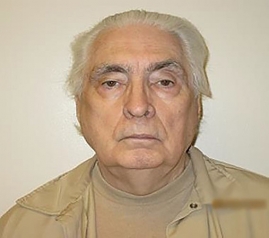 Badger has been convicted of kidnapping and raping young male hitchhikers and sexually assaulting a young girl.  He’s been diagnosed as a sexual sadist, served several terms in prison and the past 18 years in a state mental hospital.

In 2013, the Calif. Dept. of State Hospitals proposed releasing Badger in Campo. But after an outcry from residents, the property owner withdrew the site from consideration. A second Campo location also fell through and Badger remained in a state hospital.

Earlier this year, an effort to release badger in the Horizon Hills area near Mt. Helix drew protests from thousands of residents concerned over the many children in the neighborhood. Superior Court Judge Theodore Weathers found the proposed property unsuitable to house any sexually violent predators.

A hearing on Badger’s proposed placement in Rancho Bernardo is slated for October 29 at 9 a.m. before Judge Weathers in San Diego Superior Court, Dept. 1702, at 1100 Union St., San Diego.

To learn more about the SAFE Task Force, click here.