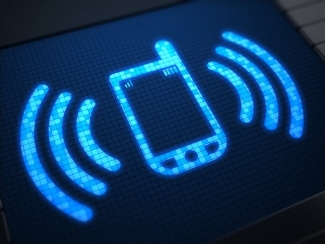 May 18, 2017 (Sacramento) - Opponents of a bill intended to smooth the way for the rollout of next-generation cell technology are cautiously optimistic - after a key committee put the measure on hold on Monday.

The state Senate finance committee put Senate Bill 649 in the suspense file, in the face of vocal opposition from groups concerned that the 5G technology emits harmful millimeter-wave frequencies when compared with the 3G and 4G now commonly in use.

Josh Hart, director of the group StopSmartMeters.org, says the bill would limit local governments' ability to use zoning laws to block the proliferation of these towers near schools, hospitals and residential areas.

"This bill was basically written by the Cellular Telecommunications Industry Association, the CTIA," he says. "This is their wish list. Local governments are the biggest impediment to them putting wireless wherever they want to."

Supporters of the bill say it will boost the economy by encouraging the spread of super-fast wireless connections in the Golden State.

The bill already sailed through the governance and finance committee, but faced determined opposition from advocates on Monday, who organized hundreds of people to call into the hearing on a central conference line and express their concern.

A recent study by the National Toxicology Program found that male rats exposed to cell phone-like signals had a higher incidence of brain and heart tumors, compared with a control group.

Hart says other studies have linked 5G technology to skin and eye damage in humans.

"Approximately 5 to 6 percent of the population has been injured in some way by electromagnetic fields," he adds. "This is an acknowledged impairment in Sweden. Often these people's lives have been turned upside down. They've had to move into remote areas, lost jobs. This is a really serious and growing issue."

Hart says Santa Cruz and Marin counties and the League of California Cities have come out against the bill, which could be revived at any time before the end of the legislative session this summer.