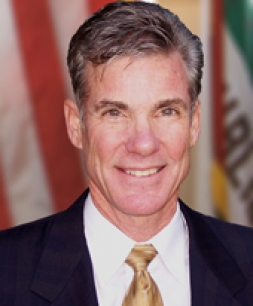 March 10, 2017 (Sacramento) -- State Superintendent of Public Instruction Tom Torlakson, as part of his efforts to ensure parents and students feel safe at schools regardless of their immigration status, this week asked federal law enforcement authorities to explain if they are changing a policy that had avoided immigration actions near schools.

His letter was prompted by the need to inform school leaders in California, but also by his alarm at an action taken in late February by Immigrations and Customs Enforcement (ICE) agents who took Romulo Avelica-Gonzalez, a 48-year-old father of four, into custody after he dropped off one of his daughters at Academia Avance public charter school in the Lincoln Heights neighborhood of Los Angeles.

His 13-year-old daughter was in the car and videotaped the event as she cried, and the images and sounds gained viral attention. Federal authorities said he was arrested for past, nonviolent misdemeanor convictions and an immigration violation.

“I have consistently told students and their families that they must feel safe and protected at our schools, especially families who are refugees, Muslims, or undocumented immigrants,” Torlakson said. “Recent actions by federal law enforcement agents around schools have raised serious concerns.”

If the Sensitive Locations guidance is changing and will affect public schools, the California Department of Education (CDE) needs that information to communicate accurately with the state’s 6.2 million public school students and their families and more than 10,000 public schools, Torlakson said.