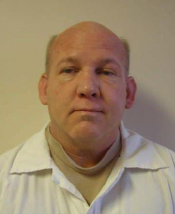 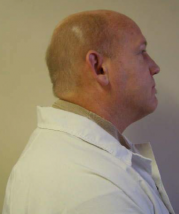 November 14, 2014 (Jacumba Hot Springs)—The state has changed its proposed plan to place sexually violent predator Gary Snavely in Borrego Springs and now instead proposes places him in Jacumba Hot Springs at 45612 Old Highway 80.  A hearing is set for December 19 at 9 a.m. in Department 2 of San Diego Superior Court downtown.

Snavely, 51, is a diagnosed pedophile who was convicted in 1987 of molesting two girls between ages 8 and 9 in Orange County.

Supervisor Jacob issued the following statement.““I continue to stand with residents who oppose the placement of these despicable monsters in our community. These men are the worst of the worst and allowing yet another one in our neighborhoods is bad for public safety and bad for all of us taxpayers who must cover the outrageous cost of housing these predators.”

Snavely served three years in prison and was paroled, but violated conditions of parole and was returned to prison.  In 1996 after his release, he lived in San Diego until he was convicted of failing to register as a sex offender and sent back to prison.  In 2008 the court granted him conditional release, but he misused medication and was sent back to the state hospital, where he has remained since then, receiving sex offender treatment.

In August 2014, following a hearing and reports by mental health experts, Judge Louis Hanoian found that Snavely could be safely treated in the community and granted his petition for release. He was initially proposed for placement in Borrego but that proposal was withdrawn by the state and on November 12, the state proposed placing Snavely in Jacumba Hot Springs instead.

A prior predator placed in Jacumba was arrested for breaking into the home of an elderly woman and sexually assaulting her, despite supposed monitoring.

The public has the right to submit comments between November 12 and November 21, and you may also testify at the hearing.  Comments submitted in advance should be emailed to sdsafe@sheriff.org, phoned to (858)495-3619, or mailed to SVP Release/SAFE Task Force, 9425 Chesapeake Drive, San Diego, CA 92123.