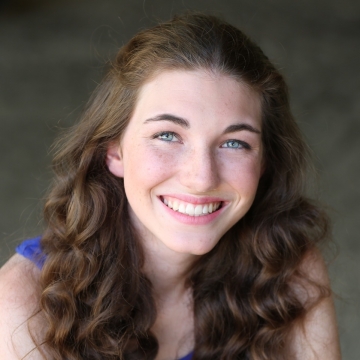 May 21, 2019 (Spring Valley) -- Mary Rose Vadeboncoeur, a senior with the Steele Canyon High School Drama Department, has received a Broadway San Diego Awards nomination as Best Actress for her role as Eponine in the SCHS spring production of Les Misérables.

With this nomination, Vadeboncoeur becomes a two-time nominee, having received the same recognition at last year’s Broadway San Diego Awards for her role as Maria in the SCHS 2018 production of Rodgers and Hammerstein’s The Sound of Music, that also won Best Musical Production at the 2018 Broadway San Diego Awards.
Vadeboncoeur, as one of ten finalists for Best Actress along with ten finalists for Best Actor, will compete during the Broadway San Diego Awards Show on Sunday, May 26, at 6 p.m. at the Balboa Theatre in downtown San Diego.  A panel of celebrity judges and industry professionals will select one Best Actress and one Best Actor who will each receive a $1,000  prize and the opportunity to represent the 2019 Broadway San Diego Awards at the National High School Musical Theatre Awards® (NHSMTA) also know as the Jimmy Awards® in New York City this summer where they will compete on a Broadway stage for a chance to win a $10,000 scholarship. 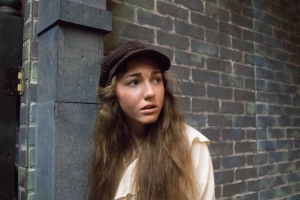 Not an easy role to play. Your future certainly looks a little brighter Mary!