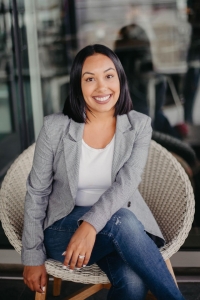 June 16, 2019 (El Cajon) – Yariela Freeman, a graduate from Steele Canyon High School in El Cajon (class of 2008), has been named marketing director at SDX, San Diego’s oldest and one of the largest San Diego networking and professional groups for advertising and marketing executives. She will be involved in overseeing the business operations, marketing strategy and implementation, event planning and coordination, member relations, membership growth and partnerships with other local trade organizations.

A San Diego native, Freeman previously spent five years with Mirum Agency, a San Diego full-service digital marketing agency. Her last position at Mirum included overseeing internal marketing for the U.S. Her career also has included working as a recruiter in the technology industry. She also graduated with a bachelor’s degree in business administration and marketing from the University of San Diego.