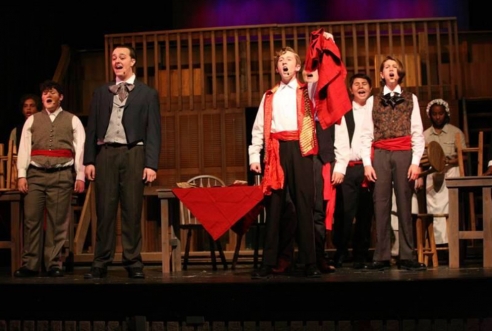 March 23, 2019 (Rancho San Diego) - Les Miserables is an epic musical. It’s extremely complex to put on. Over 120 students were involved, including the music department and the orchestra, who played the score seamlessly in the background. the show would not happen without them.

Dean Chisnall, stars as Jean Valjean, in London's West End.  Whether a fluke or luck, he brought his expertise to Steele Canyon players production as he helped them rehearse Les Miserables.

Les Miserables takes place in 19th century France. Jean Valjean is released from unjust imprisonment. He finds nothing but mistrust on the outside. He breaks parole in order to start a new life, but inspector Javert chases him through time. In his new life,Valljean helps, a struggling working class Fontaine, and becomes the guardian of her daughter Cosette. The story follows their lives through the Paris student uprising of 1832 as it chronicles love, sacrifice, hope and loss. 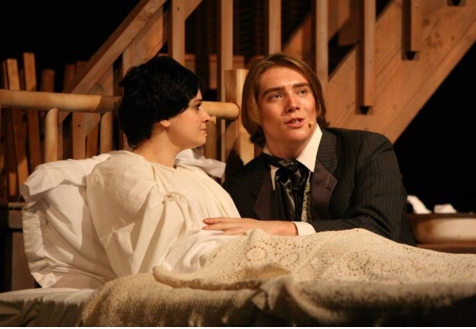 Powerful performances are provided by Jackson Shaffer, who plays Jean Valjean (Chisnall definitely left an impact on him) as well as by Brice Cloke, as Marius, and Mary Rose Vadeboncouer, as Eponine. Each of them gave powerhouse performances with their solos. Clair Doucet and Tyler Hicks played the Thenardieres.  Everyone loved the comic couple. The audience gave a standing ovation for the village.

Everyone is amazing. You will be moved. 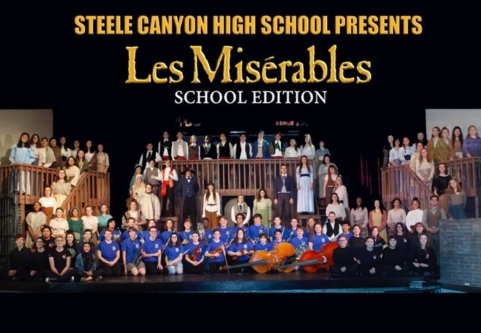 There are so many wonderful songs and heartfelt moments. If you love the score or the musical, come out and see the Award Winning Steele Canyon Players perform this weekend.