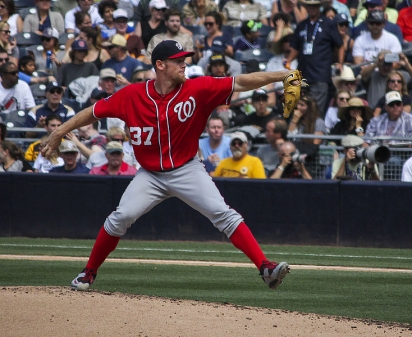 Strasburg was drafted in 2009 first overall by the Nationals out of SDSU.  He made his debut in 2010, but was forced to undergo Tommy John surgery.  He returned to the mound in September of 2011.  His first fully healthy season in 2012 was the first time the Nationals reached the playoffs in their history (the Nationals were formerly the Montreal Expos).

Without the deal, Strasburg would have become a free agent in the winter.

Since 2012, Strasburg has had the eighth most strikeouts in the MLB and the fourth highest ratio of strikeouts per nine innings.