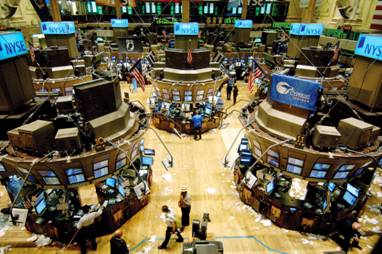 JP Morgan and Barclays agree a Clinton win would bump the S&P 500 2-3%. In the event of a Trump win Barclays is prepared to buy back into the American stock market only after it has dropped 11-13%.

Goldman Sachs, a large benefactor to the Clinton Foundation via Clinton speaking fees, believes that Clinton will win the Presidency and that Democrats will gain a slim Senate Majority, reports the Nightly Business Report.

A Wells Fargo Assets Management spokesperson predicted any post-election rally or decline as a result of the presidential election to be only temporary.