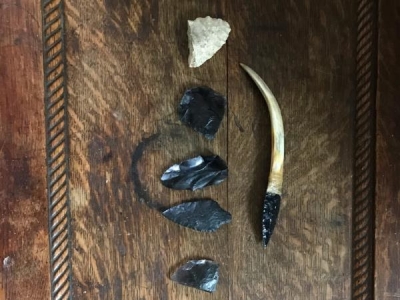 In 2019, the Rincon Band of Luiseño Indians installed the exhibit at the casino.  Many of the artifacts came from the Rincon Indian Reservation and are considered irreplaceable.  The items were displayed in a locked plexiglass case near the casino's event center.

On the morning of May 13, 2021, a man entered the casino and forcibly opened the plexiglass case and stole six artifacts.  Deputies from the Valley Center Sheriff's Substation were called to the casino and immediately began their investigation on who stole the items. 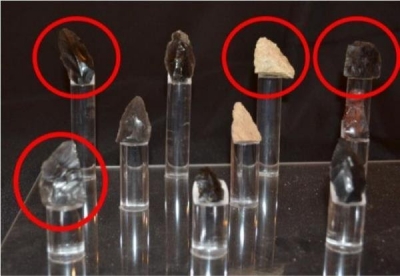 Over the past two days, detectives worked tirelessly to identify the suspect and hopefully recover some of the stolen property.  During the course of their investigation, evidence led them to 32-year-old Sonny Hunter.
On May 15 around 7:00 a.m., detectives served a search warrant at Hunter's home in the 10000 block of Quail Glen Way in Unincorporated Escondido.
“They located all of the artifacts that were stolen from the casino.  Hunter was arrested for burglary, grand theft and possession of stolen property,” says Sergeant John Delocht with the San Diego Sheriff’s Department.
While serving the search warrant, detectives found a felony warrant suspect unrelated to this case hiding in the home with a loaded firearm.  37-year-old Donald Morrow was arrested for the warrant and charged with being a felon in possession of a firearm.
Both Hunter and Morrow were booked at the Vista Detention Facility. 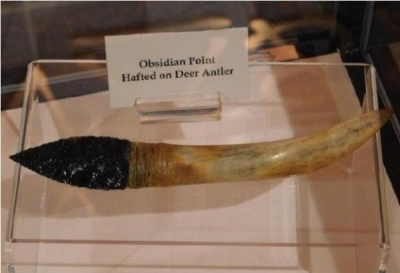 “The stolen artifacts are highly significant to the Rincon Tribe and the Luiseño culture," said Chairman Bo Mazzetti of the Rincon Tribe.  "These pieces are considered priceless and irreplaceable, to us and our history.  We wish to thank the San Diego County Sheriff’s Department and our Harrah’s security team for keeping us updated throughout the investigation and working tirelessly to recover these stolen items.”
“We couldn’t be more pleased by the recovery of these tribal artifacts," said Robert Livingston, SVP and General Manager at Harrah’s Resort Southern California. "The due diligence of the San Diego County Sheriff’s Department, the Valley Center Sheriff's Substation, as well as the security team at Harrah’s Resort SoCal is greatly appreciated.”