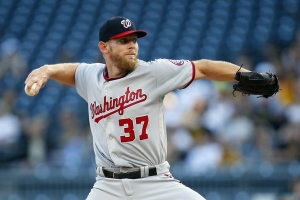 September 5, 2017 (San Diego) - Two Aztecs, one an alum and one a current student, were named to the San Diego Hall of Champions for August.

Everything was going right for Strasburg against the Florida Marlins as he hurled a complete game 6-hit shutout. He also homered. For the month he compiled a 0.86 ERA allowing just two runs in three games, fanning 23 and walking only three. 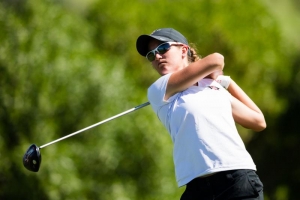 An Aztec senior, Krause led wire-to-wire to capture the Oregon Women’s Stroke Play Championship in Eugene. Krause fired a 3-under par 141 (72-69) at Rose City Golf Club, collecting four birdies on the front nine and six overall on the second of the two-day tournament. In all she amassed nine birdies.