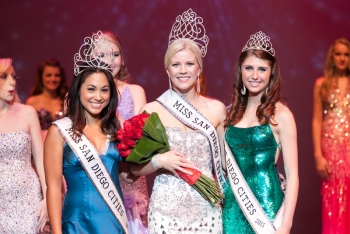 The results for Miss San Diego Cities were as follows: 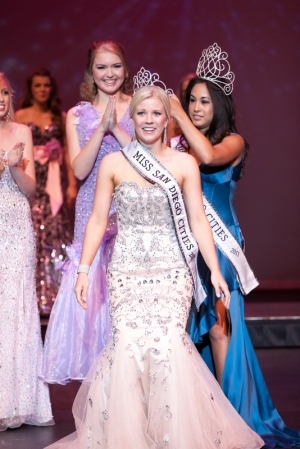 The results for Miss Teen San Diego Cities were as follows:

Kayla Ross is a 22-year-old graduate of the University of California, Davis with a Bachelor of Science in Animal Science.  She currently works as veterinary assistant at the Helen Woodward Animal Center Equine Hospital in Rancho Santa Fe and aspires to establish her own practice as an Equine Veterinarian in the future.  Kayla was Miss Rancho Bernardo 2007.

Savannah Keener is a 17-year-old Junior attending West Hills High School where she excels in AP and Honor classes and is also on the Principals Honor Roll. In Savannah's free time she loves any and everything to do with the beach. Savannah was Miss Teen Santee 2011.