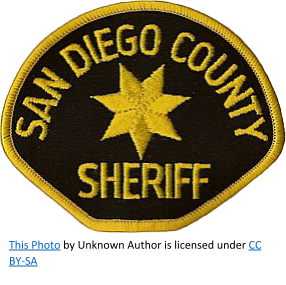 East County News Service
November 15, 2019 (Bonsall) – Sheriff’s deputies arrested a student at Bonsall High on West Lilac Rd. in northeast San Diego County on Nov. 13.  An investigation including an interview with the suspect found that he had made specific threats to commit a shooting at a planned school event in the near future, says Lieutenant Ricardo Lopez.

The deputies had responded to a tip of a possible firearm on campus. No weapons were found on the suspect or on campus, however firearms were removed from his home as a precaution.

A second student was investigated for possible involvement, but those claims were “unfounded,” according to Lt. Lopez, who adds, “There is no credible information that any other students are involved.”
A statement from the Sheriff’s department states, “The Sheriff's Department and the Bonsall School District take any threats made to be very serious and will investigate any threat entirely.
Call Crime Stoppers at (888) 580-8477 with information and you will remain anonymous. You can also download the P3 anonymous tip app. You may be eligible for up to a $1,000 reward for information that leads to an arrest.