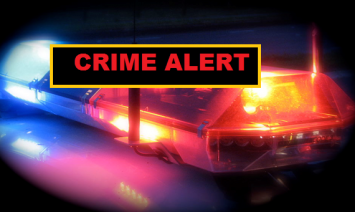 May 25, 2018 (Campo)—A grandmother and a second bystander came to the aid of a school bus driver confronted by a man armed with a knife, while an older student helped youngsters escape out a back exit.

The bus was heading to Campo Elementary School around 8:30 a.m. when Matthew Barker, 37, of Campo boarded the bus near Jeb Stuart road. The driver told him to leave, but instead advanced toward students until the driver blocked his way.

“A grandmother of ne of the students saw what was happening and got onto the bus to assist the bus driver,” says Sergeant William Uelen with the Sheriff’s Department.  “During the struggle, the man pulled out a knife.”

An older student on the bush ushered other children toward the back of the bus and called out for help to parents nearby. The emergency door at the rear of the bus was opened and all children got off unharmed.

Meanwhile another good Samaritan got on the us and “heard the bus driver yelling that the suspect had a knife to his head,” Sgt. Uelen said. “The good Samaritan was able to pry the knife away from the suspect and pulled the suspect off the bus as deputies were arriving.”

Deputies handcuffed Barker, who was arrested on felony assault charges.

There were no injuries to the driver, good Samaritans, students or suspect. Deputies believe that drugs were a factor in the incident and an investigation is continuing.

Kathy Granger, Superintendent of Mountain Empire Unified School District, issued a statement reading, “We take safety very seriously and want to assure you our buses remain a safe form of transportation for getting children to and from school.” She added that counselors will be at the school on Tuesday, after the Memorial Day weekend holiday, to provide support for students.

There's more and more crazy stuff happening in the world lately. Those kids must have been frightened.