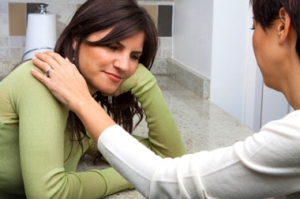 Supervisor Ron Roberts says that  suicide continues to be a major health concern in San Diego County.  He adds, “Suicide affects all of us. It is critical that we continue to educate people about the warning signs and, most importantly, how to reach out for help.”

·         Emergency department discharges due to attempted suicides and calls to the County’s Crisis Line also jumped sharply.  Visits to Visits to the It’s Up to Us website at uptoSD.org, the County’s suicide prevention website, nearly doubled over the past three years.

To help curb suicide in San Diego, the County has several ongoing prevention efforts, including the It’s Up to Us campaign, the Question, Persuade and Refer trainings and the Access and Crisis Line,  a confidential counseling and referral hotline for people who feel overwhelmed or are experiencing a mental health crisis.

Nick Macchione, director of the County Health and Human Services Agency, says that the increase in crisis calls and visits to the It’s Up to Us site are actually good news. He adds, “It means people are reaching out for help and educating themselves about how to prevent suicide.”

Suicide can happen to anyone.  That is why it is important to learn the warning signs, risk factors and behavioral cues of people considering ending their lives.

If someone you know is showing warning signs of suicide, experts say that you should take the threat seriously. Don’t leave the person alone, listen to them, and get professional help immediately.

Since the Question, Persuade and Refer trainings began, about 7,000 people have been taught to identify the warning signs of suicide and how to encourage people to get the help they need.

For more information about suicide including risk factors, warning signs, how to get help, resources and training available, visit up2SD.org or call the County’s Access and Crisis Line at (888) 724-7240.