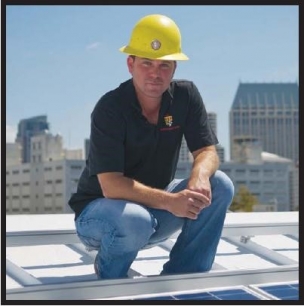 November 1, 2021 (San Diego) – Consumers who hired Sullivan Solar Power have cast a pall over the company’s once-shining reputation. The company has closed its doors without notice to its customers. Some report being stiffed for tens of thousands of dollars, including deposits paid for work not completed, as well as having to pay subcontractors that Sullivan reportedly never paid.

Sullivan did not return calls or emails from East County Magazine or from our news partner, ABC 10 News, which reports doors locked at Sullivan’s Miramar offices.

A check of the San Diego County Superior Court website reveals that Sullivan Solar has been embroiled in over two dozen lawsuits in recent years, including for alleged breach of contract with the Padres and civil cases filed by financial institutions, as well as suits filed by contractors and individuals. Founder and President Daniel Sullivan also has numerous lawsuits including eight accusing him of breach of contract, as well as a collections case filed by a bank.

The Contractor’s State Licensing Board website reveals several citations issued and others pending in recent months against Sullivan Solar. Citations issued include one for failing to cooperate in an investigation into receiving more money than work completed, as well as two citations for failing to pay for materials and services. Citations are pending for departing from trade standards and for abandonment of a construction project without legal excuse, a willful or fraudulent act under the State’s Business & Professions Code

Homeowner Kevin Hanks told 10 News that Sullivan stuck him with a hefty roofing bill.  ‘I paid the $45,000 for the roof.  Sullivan paid for the roof to the roofer and now I have to pay $45,000 again.”

Similarly, Allen Davis said he paid Sullivan $34,000 for a solar installation, but the company never paid the subcontractor. Now he’s stuck paying $45,000 to the subcontractor to avoid having a lien placed on his house.

Mark Mellor, an attorney specializing in construction law, advises homeowners to check contractors for lien warnings, to consider asking a subcontractor to sign an unconditional lien waiver upon payment, or write a two-party check to the contractor and the subcontractor to avoid winding up in this situation, 10 News reports.

Jesse Raymond, a contractor, advises those victimized by Sullivan Solar to check the Contractor’s State Licensing Board website for the company’s bond company.  ECM checked; the bond company listed is Platte River Insurance Company in Madison, Wisconsin at (800) 475-4450.  Raymond suggests contacting the bond company to open a claim, stating “This may be the easiest way to at least recoup some of your losses,” especially if Sullivan files for bankruptcy.

On Yelp, some irate customers posted one-star negative reviews and described how the losses are harming them.

Alexandra C. wrote that she bought a bundle package from Sullivan in August that included a new roof from AVL Roofing and a new pool thermal, as well as expanding a solar system originally installed by Sullivan eight years ago.  She says Sullivan “pocketed the money,” adding, “The real bummer is that they USED to be such a great company.  But now I’ve got to pull money out of my child’s college savings (said child is going to college NEXT YEAR) to pay AVL for their work completed."

Kevin H. posted that he paid in full for panels to be installed, but never got the permission to operate. “And we just got served with a lien on our home….Where do we go from here?”

Sullivan Solar had been ranked among the fastest growing firms in the United States by Incl Magazine for seven consecutive years and as one of San Diego’s fastest growing companies for seven straight years by the San Diego Business Journal. It was recognized as Small Business of the Year in 2012 by the North County Chamber of Commerce.

According to Daniel Sullivan’s Linked-In page, the company has developed over 6,000 solar systems generating 60 megawatts of renewable energy in Southern California, with gross annual sales of over $50 million.

Disclosure: Sullivan Solar has been featured as a presenter on solar energy issues at an East County Magazine event in 2013.