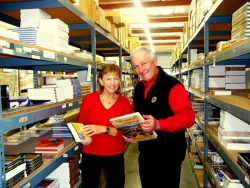 January 16, 2010 (El Cajon) - Sunbelt Publications, El Cajon’s award-winning regional press, observes 25 years of hard-won success in the book trade this month. The anniversary is a remarkable achievement by a singular couple – Diana and Lowell Lindsay – who have the mischievous look of people who know they’re onto something special.

Consider that Publishers Weekly, the book industry bible, recently estimated that roughly 7,000 new publishers launch each year. Most do not last beyond the first season. That is why the Publishers Marketing Association reckons that the number of “serious” independent publishers in any given year is limited to around 9,000 – nationwide. Sunbelt is one of them.

Today they are still “moving ink.” The Sunbelt logo, inspired by the Zia sun symbol, can be found in bookstores and museum shops throughout the southwest and beyond, while Sunbelt’s distribution network serves individual readers, related businesses and book sellers from coast to coast. Having set off in 1984 with boxes of books piled into Diana Lindsay’s VW Vanagon, Sunbelt now operates from a 22,000 square foot warehouse in the heart of El Cajon. 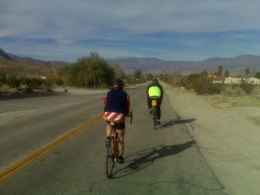 The Lindsays are a rare partnership. They no longer simply complete each other’s sentences, they complement them, adding new facets, making the whole greater than the sum of the parts. Still animated by the passion for cycling and exploring the outdoors that first brought them together as undergraduates at UCLA, the Lindsay team is shaping the way we see and experience the Southwest.

Both Diana and Lowell have deep roots in the Southland’s book business. In 25 years, they have seen off other publishers (large and small), witnessed the arrival and the departure of local and national bookstore chains, and survived the destruction of wholesale distribution firms. 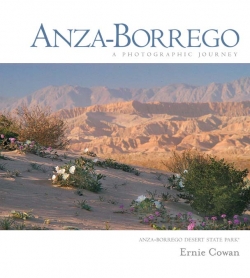 All the while, Sunbelt’s distribution savvy promoted the work of many fine regional authors. The Lindsays even found time to author or update several books of their own. The Anza-Borrego Desert Region guide is a local classic, now in its fifth edition.

How did they do it? According to Diana, “a small press has to be nimble, to see what’s changing and adjust before it changes you. We’ve been small enough and quick enough to do that.” Lowell agrees. “We’ve diversified our activity from the start,” he observes. “We focused on natural history and the cultural heritage of the Californias, but we’ve always been active in all aspects of the business, from concept development to direct sales from the showroom.”

The niche titles are the trump cards of the small press. But getting those niche books into the eye of the public, making consumers aware of them, is the weakest link in the publication process. Frustrated by their own experience as regional authors, the Lindsays resolved to crack the problem. Their approach turned the traditional publishing model on its head.

Instead of setting out to become old-school publishers – and depend upon the kindness of others for marketing and distribution – they concentrated first on the distribution side of the business. When Sunbelt’s publishing program began in earnest several years later, it rode to success on well-established channels.

Local publishing legend has it that the original Sunbelt business plan was a dream sketched on the back of a napkin in a Texas beer garden. For a napkin plan, without a single PowerPoint slide, it has worn very well. Even so, the Lindsay’s do make an occasional tweak. The biggest – and perhaps most satisfying – was an astute move into partnerships.

Cash flow is another perennial nemesis of small presses. To address it, the Lindsays innovated further. “Why not diversify the activity,” Lowell reasoned. There was really no need to do it all, with every title. So Sunbelt began to break up the process, handling different elements (acquisition, production, distribution) for individual titles. By assembling partnerships, essentially publishing teams, they spread the risk and the benefits. The concept was a good fit with the Lindsay’s win-win business credo.

The Lindsays are quick to credit Malcolm Margolin, founding editor of Berkeley’s Heyday Books for the partnership idea. By pioneering joint projects with non-profits, agencies and other organizations, Heyday – celebrating its own 35th anniversary this year – is making a tremendous contribution to the literature on California. Following suit, the Lindsay’s consider Margolin a “guru” for public interest publishing. 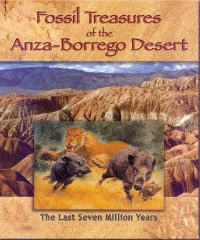 Sunbelt’s growing list of educational and interpretive books including Mission Memoirs; Anza-Borrego: A Photographic Journey; Fire, Chaparral and Survival; and Fossil Treasures of the Anza-Borrego Desert is an indirect tribute to Margolin and Heyday. These titles, with nearly a score now in print, are the makings of a substantive cultural legacy. Imaginative partnerships with non-profits and agencies are the most significant refinement to Sunbelt’s original business plan.

Diana Lindsay notes that these relationships enable Sunbelt to bring out work “that otherwise would never see the light of day.” They also open doors to unexpected publishing opportunities. The Barona Inter-Tribal Dictionary is one of these. A sacred text not for open distribution, the volume is used solely by Barona elders as a protocol gift that recognizes language as the bearer of a people’s culture.

Small presses, like their larger New York-based brethren, either flourish or wither on the strength of their current lists of available titles. Sunbelt’s present list offers 175 titles. (Visit www.sunbeltbook.com) Of these, 70 are published by Sunbelt itself. The remaining 105 are handled by Sunbelt under exclusive distribution arrangements, not as wholesale inventory. This is a critical distinction. Exclusive distribution provides the revenue essential to taking more risks, do more experimenting, on the publishing side of the house.

Whether through exclusive distribution contracts or general wholesale, Sunbelt serves around 200 book vendors on a regular basis – some with single titles, some with a dozen. Barnes & Noble is Sunbelt’s biggest retail account.

The best news for local readers is that the Sunbelt warehouse at 1250 Fayette Street (between Cuyamaca and Marshall) is open to the public. Visitors can browse through, and choose from, approx 1,000 titles organized by subject area. It is a genuine mega-store for natural history, regional interest titles and wonderful, Baja-flavored cookbooks!

Along with the serious-subject titles, Sunbelt editors are evidently having some fun. Several excellent cookbooks head the current list, notably Flying Pans: Two Chefs, One World written by highly-regarded San Diego toques Bernard Guillas and Ron Oliver. This reader found a number of surprises and quickly became a “warehouse” shopper.

Two principal assets fuel Sunbelt’s continued success: experienced staff and authors willing and ready to engage with their publics. This is one small press with uncommon good fortune in finding and keeping staff members, at all levels, who are committed to the enterprise and eager to lend their talents. 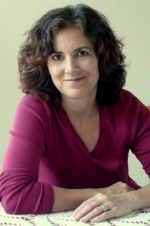 Editor in chief Jennifer Silva Redmond brings energy, marketing smarts and a broad creative arts background to Sunbelt. For Redmond, the hardest part, the most constant challenge, and the greatest headache is “sales, sales and again, sales.” Fortunately, Sunbelt’s sterling reputation, amplified by industry recognition, is enough to ease any editor’s angst.

A close alliance between authors, owners and staff is winning Sunbelt a slew of book awards. The staff is particularly proud, according to Redmond, to have won two Foreword Book-of-the-Year Awards, one for the stunning table book Oasis of Stone: Visions of Baja California Sur and another for Tequila, Lemon and Salt by beloved Tecate raconteur Daniel Reveles.

A growing number of local and regional authors now call Sunbelt “their” publisher. While most all authors hope to connect with their readers, only a few are truly superb in marketing and promotion. Among Sunbelt authors, Rick Halsey and Greg Neiman are representative of those who are at once charismatic and believe enough in their work to fight for it. For Diana, “working with such authors is sheer joy.”

For a small press, the keen engagement of the author is as important to the commercial success of a book as the content. The Lindsays learned that lesson early on. Authors who adopt a “drop off the manuscript and that’s it” attitude, they say, are not going to succeed in the marketplace. Sales don’t happen until the whole team takes the field.

What’s next for this East County gem? Several Sunbelt titles are already available in Kindle versions and soon these e-books will be on Barnes & Noble’s new e-reader, the Nook, as well. Sunbelt intends to keep in step with prevailing currents in e-media. “We plan to try everything, within reason,” Redmond says.

Looking back, would the Lindsays do anything differently? “No,” says Diana, “there’s really nothing important to change.” But then, with a knowing smile, she adds “it has been a learning process.” Lowell admits it has been difficult at times to meld their several passions into a viable business. They’ve hit some potholes on the road. 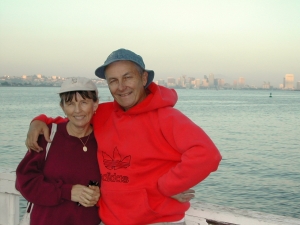 But given their enthusiasm for crafting books in partnership with cultural institutions and non-profits, the Lindsays clearly retain a strong sense of the romance of publishing. Theirs is still the special world of the book. And they are in the right place.

Looking forward is another matter. The Lindsays would welcome a partner (whether an individual or a firm) to assist them in taking Sunbelt to the next level, especially on the business side. For Lowell, that would mean more time to bring collaborators together for special publishing projects; for Diana, a noted desert scholar, it would provide a welcome opportunity to “rejoin the stable of Sunbelt authors.”

For the moment, savoring the anniversary is enough: a dedicated staff, a warehouse stacked with favorite authors and titles, an expanding clutch of industry awards and the sure knowledge that they have significantly enriched the cultural inventory of their chosen region. That’s quite a record for two cyclists with a shared loved of the natural world – living proof that dreams do come true. Imagine that.

Walter Hall is the pseudonym of a La Mesa-based writer and national security analyst. He is a principal at Black Swan Advisors, a communications consultancy.

I was sent Gary Winter's "The Deer Dancer" by the referenced Jennifer Redmond, Editor-in-Chief of Sunbelt Publications, for consideration in writing a book review. Gary and I are both members of the San Diego Writers/Editors Guild. Gary's book is the winner of the "San Diego Mensa Creative uRGe Award" for Best Novel.