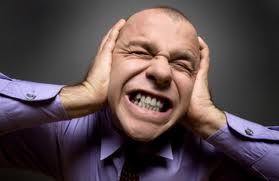 November 1, 2011 (San Diego’s East County) – Last week, the County revoked a variance granted to SDG&E for helicopter work along Sunrise Powerlink on Sundays in areas where residents had complained. So on Sunday, October 30, residents were looking forward to some much-anticipated peace and quiet –only to find the silence broken once again by the loud roar of helicopters.

At least some of the flights appear to be violating the County’s ban on Sunday flights, according to LeAnn Carmichael with the County Department of Planning and Land Use.

“From your account, some of this appears to be allowed and some of it is not allowed,” Carmichael wrote in an e-mail response to complaints about Sunday’s flights submitted by Alpine Planning Group member Sharmin Self. According to Carmichael, flights over Gaskill Peak, Carveacre, and Japatul Valley are not allowed under the variance.

Other flights including some in Bell Bluff Truck Trail may be authorized depending on the route. Helicopters are supposed to fly from nearby Wilson Yard, not over the Japatul area. In addition, Alpine planners were surprised to learn that the National Forest Service has approved Sunday work for the next several weeks to complete construction in golden eagle nesting areas before the December 1st nesting season begins.

“I have asked our helicopter team to look into the flights you have mentioned,” Todd Voorhees, public affairs manager at SDG&E, said in an e-mail response to Self’s complaints. “It may take several days to compile the information,” he added.

Louis Russo, also an Alpine Planning Group member, expressed frustration at having a football game drowned out by helicopter activity near his own home.

Irked that the activity continued for hours unabated, with no adequate response Sunday from regulators, he sent an e-mail blasting local and state regulators. “If you want to give us your home addreesses, we can record the noise and come by at 7 AM-7PM on Sundays and play it over loud speakers for you and your neighbors,” he wrote.

Russo said Alpine residents work hard during the week and pay their taxes, while some also work nights and the occasional weekend, “like my wife who is an RN…We usually spend the weekends not exactly like a Norman Rockwell painting, but pretty close,” he noted, adding that on Sundays, residents “like to have a nice quiet day. We like to sleep in, maybe go to church, watch ball games, and for the most part…relax.”

He suggested that SDG&E is intentionally violating the no-fly orders to complete work before eagle nesting season, preferring to pay fines if imposed rather than follow the rules. “Their problems are their problems, not ours,” he declared. Russo has noted that construction delays are largely due to SDG&E’s own violations of laws and regulations, which have repeatedly wound up causing regulators to ground its helicopters. Those violations include serious safety issues such as striking boulders and dropping heavy objects, pilot error, and violating no-fly zones around golden eagle nests.

“If they have to shut down on Dec. 1 and come back because they aren’t done…and have their profit margin reduced,” he concluded, “too bad.”

Self, who has been involved with one of several East County community groups suing in hopes of halting the Powerlink project, suggested an ulterior motive for SDG&E’s haste to complete tower construction. “It is due to the fact that we have numerous lawsuits still in the courts,” she insisted, adding that a suit is set for hearing in the ninth district court later this month. “Contrary to what they lead the public to believe, they have not fully “won” any of the lawsuits we have against them.” She believes SDG&E is “trying to beat the lawsuits, figuring the more towers they have up the less likely the courts are to have them pull them down.”

While some Alpine planners want the Alpine Community Planning Group to let the County know that Alpine citizens object to a noise variance, the ACPG recently had its hands tied by the County in a letter advising the board that it has no authority to vote on anything related to SDG&E's Powerlink Project.  The Board has previously voted to oppose the full project, as well as voting on issues such as whether to approve weekend work. After the Board objected, SDG&E obtained approval from the County without first informing community leaders or residents.

In Lakeside, where several residents have also lodged complaints over helicopter flights on Sundays, the Lakeside Planning Group seeks community participation at a meeting on Wednesday, November 2 at 7 p.m. in the Lakeside Community Center.

“SDG&E has recently requested permission to construct and fly helicopters 7 days a week, including Sunday and on the Friday after Thanksgiving,” Laura Cyphert, a member of the planning group and co-founder of the East County Community Action Coalition, a plaintiff in litigation over Powerlink, wrote in an e-mail to community members. “We believe this will greatly reduce the enjoyment of our one day to enjoy this valley.”

Cyphert said that representatives of the County and SDG&E will be present at the meeting. “Please let our voice be heard,” she concluded, adding, “Each comment makes a difference.”