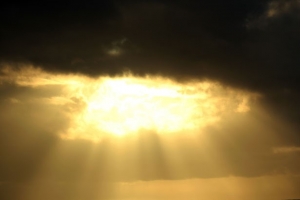 March 18, 2015 (San Diego)--This week is sunshine week, when media outlets are supposed to report to the public on just how well – or poorly—public officials and agencies have done in responding to public records requests under open government laws.

Ironically, during sunshine week, the White House announced that it’s Office of Administration will no longer be subject to the Freedom of Information Act, continuing a policy begun by the Bush administration to reject all information requests to that office.

The White House says it removed a regulation that had subjected its office to FOIA regulations to be consistent with court rulings that found the office does not have to comply with transparency laws—even though it DID comply with FOIA requests for 30 years, until Bush took office.

The Office of Administration handles archiving of emails, among other duties.  Is the timing of the White House action, coming just after Hilary Clinton became embroiled in a controversy over deleted emails stored on a private server, just a coincidence?

Anne Weismann with Citizens for Responsible Ethics in Washington, or CREW, states “It is completely out of step with the president’s supposed commitment to transparency.”  CREW sued the Bush administration after it started balking at complying with FOIA request for some 22 million emails, USA reports.

Presidential e-mails can still be obtained—but only under the Presidential Records Act—and then only after a president has been out of office for at least five years.

So much for sunshine in the White House.

In California, meanwhile, sunshine laws need updating, a Sacramento Bee article suggests. Back in 2000, a new law gave Californians the right to access public records electronically.  But the Legislature exempted itself from that law.  So to compile data on legislative payrolls, for example, the Bee’s reporters had to obtain paper copies and scan them in electrically in order to create a spreadsheet—but that led to errors such as I’s being confused with Ls by the scanner.

Ordinary citizens, of course, may not be able to afford let along process thousands of pages of paper documents, which is why more reforms are needed.

Yet another troubling story on sunshine—or the –lack of it—was published by the McClatchy News Service’s Washington D.C. bureau.   That article reports that while newspapers used to be the dominant force in prying documents away from federal agencies, now advocacy groups and corporations are the driving forces. That’s because newspapers today have had their investigative reporting budgets slashed and almost none are fronting money for court challenges to press their rights.

Bloggers, activists, corporate lawyers and other interested parties are flooding public agencies with records requests in recent years, however, leading agencies to claim they are overwhelmed.  Those other entities are filing suit – in fact last year, more FOIA suits were filed—422 of them---against the federal government than in any year since 2001. But those getting the information are largely corporations and special interest groups that may or may not have the public interest in mind.

Here in East County, we’ve seen some strides forward, with more and more local cities putting at least some records online, such as meeting agendas and minutes.  San Miguel Fire Department initially claimed its finance committee was ad hoc and thus the public could not attend its meetings, but the Department later responded to our request to open up closed Finance Committee meetings to the public—by doing exactly that.  On the downside, we’ve seen some local planning group members rely on private email servers, making requests for e-mail records essentially an honor system.   The County has failed to provide an official server for its planning group members emails.  It should do so – and encourage all local officials to use the official server.

..if the transparent government Obama promised is the invisible government he has given us?
HOPE AND CHANGE!