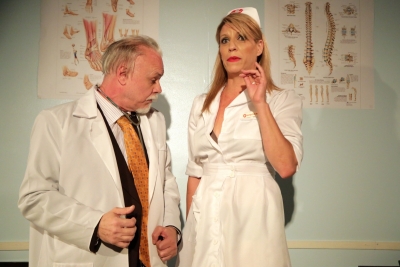 July 19, 2019 (La Mesa) - Lamplighters Community theatre Presents The Sunshine Boys--a comfortable feud, with laughter at the stuff you can totally agree with.

Directed by Steve Murdock, The Sunshine Boys is about two old vaudeville partners. One day out of the blue, Al Lewis announces he is retiring. Willie Clark is so mad he does not speak to him for eleven years. Clark is not ready to retire.

The play is set in New York City in the mid-1980s in Willie Clark's apartment, Upper Broadway and CBS studios. The movie starred Geoge Burns and Walter Matthau.

Clark lives in an apartment by himself where his nephew checks on him every Wednesday. Clark still wants to work and his nephew is his agent. However, Clark is declining as the elderly do and no one really wants him for work. A network is doing the history of comedy and wants Lewis and Clark to do their famous vaudeville skit. Clark is less than enthused, but the nephew persists and the fun begins. 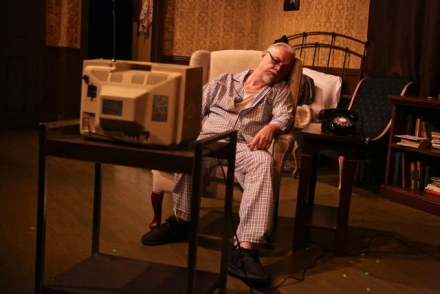 Christopher Pittman plays Willie Clark. He is my mother's favorite; she totally identified. I, on the other hand, loved Richard Rivera as Al Lewis. I’ve been watching his work over the past couple of years and he's such a talent. James Steinburg plays the nephew, bringing his talent to the mix. Rounding out the cast are Steve Murdock, Greg McAfee, George Baily, Janet M. Taylor, Jennifer McKenna and Deirdre Maloney.

As I watched the show, I laughed and felt right at home, with a certain kind of comfort getting to know the characters. Buddy plays are as good as buddy movies.

Come out of the sun into The Sunshine for a night of laughs. 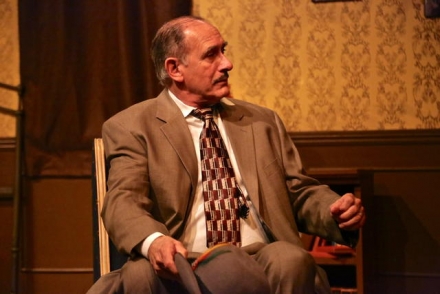 And Miss Reardon Drinks a Little