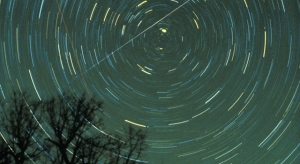 The annual Perseid meteor shower will be at its most impressive from August 10th through the 13th, producing up to a 100 shooting stars an hour.  The meteor shower is actually caused by debris from the tail of a comet.

No need for a telescope, since both of these astronomical phenomenons will be visible with the naked eye.

A full Moon will prevent you from seeing most of the meteors, might not see many. It's great to see a good one so go look at the sky. I did see one Perseid that was a fireball but that's not the norm. Grunion. It's also time for Grunion runs. You just have got to goto the beach and experience a grunion run. I went to South Mission beach to walk along the shore and and saw thousands of fish. Use The Google to find time and tide info.