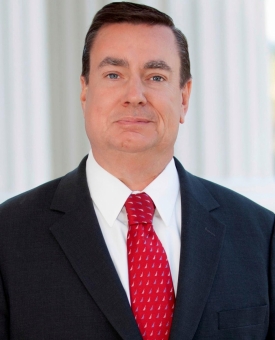 February 10, 2021 (Lakeside) – Despite a petition signed by more than 1,500 constituents urging Supervisor to approve this morning’s agenda item to buy and preserve 98 acres in Lakeside’s El Monte Valley from Helix Water District, Supervisor Joel Anderson has issued a press release late yesterday indicating he will likely oppose the measure.

To watch this morning’s meeting or send in comments, visit https://www.sandiegocounty.gov/content/sdc/cob/bosa.html.

Anderson contends the land is too expensive compared to another proposed land purchase at Star Ranch in Campo, which is also on the agenda.

While Campo-area residents have longed pushed for preservation of  Star Ranch, protecting that large parcel provides no direct benefit to people in Lakeside, who fear that if the County does not buy the land, it could be sold to sand mining interests. Helix Water previously sold a separate parcel in El Monte Valley to a sand miner, whose proposed project has drawn strong opposition from Lakeside residents.

Anderson’s district includes El Monte Valley.  The announcement that he opposes the El Monte Valley land purchase proposed by Dianne Jacob before she left office due to term limits has outraged some Lakeside residents.

“Heads up: Anderson is no friend to the El Monte Valley,” the Save El Monte Valley Facebook group posted last night.  “He needs to hear from every person in Lakeside.”  The post stated that the land has a “valid appraisal” of $3 million.

Although Anderson contends that purchasing the property would not prevent the proposed sand mining plant from moving forward, if the county did purchase the 98-acre parcel it would assure that the valley would not a second mine at the entry to the valley, even if the first mine is approved.  Save El Money Valley posted, “Now we must be very vigilant with regard to his [Anderson’s] support of the sand mine.”

Anderson has not formally taken a position on the sand mine, though his election opponent, Steve Vaus, did voice concerns over the impacts of sand mining on the El Monte Valley during the campaign.

He suggested that Helix Water District, as a public agency, might keep the land as a preserve. ECM has reached out last night o several Helix Water board members to request comments on Anderson's remarks, but no response has yet been received.

Below is the full text of Supervisor Anderson’s press release:

Calling on the Helix Water District to “maintain ownership of public lands in its trust,” Supervisor Joel Anderson said that the water district has “a fiduciary and ethical responsibility to the community and should not sell the El Monte parcels for profit.”

Anderson will Recommend $3 million Instead Go to Purchase Identified Pristine Habitat in District 2 The El Monte/Helix parcels the County is considering purchasing for almost $3 million, with scant habitat, is not even on the County’s priority list. It would take an additional $3 million to restore the habitat on the property, $800,000 to build trails, and up to $2.6 million to bring ball fields up to County standards. Total costs are estimated at over $9 million.

The proposed land sale will be taken up by the Board of Supervisors on February 10, 2021. “It makes no sense to spend millions in taxpayer dollars to purchase land already owned by a public agency, on low priority habitat, then to spend millions more restoring it,” said Anderson. “It makes more sense to use the allocated $3 million to purchase identified pristine habitat in other areas.”

Anderson pointed out that the County is intending to pay $30,000 an acre just for acquisition of 98 acres of the El Monte/Helix Property. “On the same agenda, we are proceeding with a purchase of Star Ranch, 2,151 acres of pristine habitat for only $3,600 per acre,” said Anderson. “That’s a deal that makes sense!” Purchase of El Monte/Helix Parcels will NOT impact Proposed Sand Mining Plant Many supporters of this sale have erroneously stated that if the County purchases this property it would prevent the proposed sand mining plant from going forward. In fact, the proposed sand mine east of these parcels is currently going through the permitting process, and after environmental review and public input it will go to the Board of Supervisors for action.

Why is this the County's problem? Why not direct the anger at the people who own(ed) the property and sold it off to sand mining in the first place - Helix Water? Why not pressure them into donating and developing the land for public use like a Sempra/SDG&E project? I mean either way we end up paying for it, either thru property tax or water rates, right? I've got friends employed by Helix and they're doing great, you should have a look at their pension plans.
Anderson is only about himself. He could give a crap about the people.
Is anyone surprised that Supervisor Anderson is standing strong with the sand miners over the people of Lakeside? Or that he uses budget reasoning (which is false btw, there is plenty of money for both land purchases), to justify letting the planet burn?