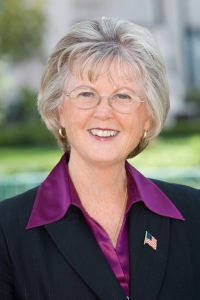 “I have no problem with campaigning hard, but some folks against Measure A have gone too far,” said Supervisor Jacob. “I can’t sit back while outrageous and offensive claims are being made. I’m supporting Measure A because it simply ensures that voters, not five elected officials, will have the final say on County General Plan busting projects in the rural and semi-rural areas.”

Measure A is a grassroots initiative designed to give San Diego County residents a stronger voice in determining how and where housing is built in the unincorporated county. The initiative, organized by grassroots environmental and good planning advocates, requires voter approval of proposed changes to the County’s General Plan that would significantly increase residential density in fire-prone rural and semi-rural areas.

San Diego County’s General Plan concentrates new housing in areas where roads, public safety, schools, and other services are already available. These locations are easier to defend from wildfire and have a lower taxpayer burden because they don’t require new infrastructure. The General Plan also zones for housing in areas that would limit traffic impacts. Measure A gives voters an opportunity to say “no” to dense developments in rural and semi-rural areas.

Measure A is opposed by developers, the real estate industry and politicians backed by those interests. It is opposed by the County Democratic Party, which is backed by labor unions that benefit from construction and which argues that the measure would help meet the region’s housing needs. It is opposed by San Diego Democrats for Environmental Action, however, which seeks to preserve wildlife habitat and open spaces.

To learn more about Measure A, go to saveoursdcountryside.org.

Thank you Dianne Jacob for endorsing Measure A! You have always been an outspoken advocate for San Diego's countryside!  You live there and understand the value of preserving it as it exists for people to enjoy now and for future generations.   My husband recently retired and we moved to the countryside ourselves.   Boy, are we glad we did!  You were at the dedication for the Santa Ysabel Nature Center grand opening recently .   This facility has peaked interest from the public as evidenced by more cars parked along the trailheads nearby.   I believe as more people use the countryside, they will come to appreciate why it is important to keep it intact not only for their enjoyment, but for the sake of our wildlife.   The General Plan was developed with thoughtful recognition as to where development should and should not occur.   It has been abused by endless amendments that destroy its usefulness as a planning tool.   It also abuses the rights of property owners who rely on existing zoning to protect them from ever-changing land uses when deciding where they want to live.   This is one reason the public should have the final say if there is a change in zoning in order to keep the integrity of the General Plan intact.